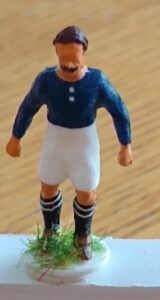 The players I have chosen are those who interested me while writing a number of books on The Arsenal in the Woolwich era. Some are not necessarily those who were the best players, and my first half back choice most definitely is in because of his back story at the Ordnance factory, and his unheralded status as the Woolwich Arsenal player with the most winners’ medals of this period.

Steve Theobald, the 161st player to don the red shirt of Arsenal, was the epitome of a Woolwich man appearing for the club he loved, and with it proudly representing the civic locality. He joined in 1900 when the club were a Second Division outfit, struggling financially only kept float by George Leavey in the midst of the Boer War, and left with the Gunners regulars in the top flight in 1909. His role, which he understood perfectly, was solid back-up for the first team when required, and year upon year consistency in the reserve team. Not front of the house, very much a nuts and bolts back room chap.

Born in spring 1877 in Plumstead, Kent, he was Christened on 10 June 1877 at St Nicholas Church, Plumstead. Theobald worked at the Royal Arsenal as part of the bullet making process at a very young age, at least a decade prior to playing for the first team. Known to the club from local junior football in the later 1890s he played as an inside forward for Woolwich Polytechnic and Plumstead St Andrews’.

With the latter side he won the Kent Junior Cup in March 1900, the same trophy that Royal Arsenal reserves won a decade earlier. Having caught the eye of management he appeared on the Manor Ground in the 1900/01 pre-season Woolwich Arsenal ‘reds v whites’ practice match on 25 August 1900. As an inside forward for the ‘whites’ he impressed enough for it to be noted in the press that he could appear for the reserves in the forthcoming campaign and a few months later Steve appeared for the reserves on 3 November 1900 at Luton. 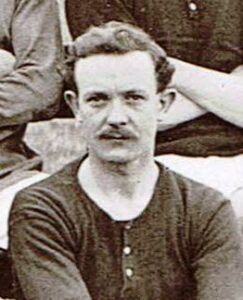 He was a fixture in the reserve team from September 1901 onwards after being converted from attack into the middle of the field – and as a half back was used for the first team when Percy Sands, John Dick or James Bigden were unavailable. Not as robust in defence as these players he was nevertheless ideal as a very capable back-up – owing to his intelligent football brain, in particular he was a very good passer feeding the forward line.

Married on 3 September 1902 to Winifred Cavey at Plumstead, they honeymooned at Folkestone. However, as a true team player he managed to get in games for the reserves on both 6 and 13 September 1902 in between his conjugal duties. Later in the year Theobald’s initial competitive first team match came on Christmas Day 1902 at Burton United. His 1902/03 season ended when he sustained a serious dislocated collar bone on 2 April 1903 in a violent reserve match at Bromley in the West Kent League. The game saw two other Arsenal players leave the field with injuries and after the game the Reds dressing room was subjected to a stone throwing barrage from the irate Ravens fans. 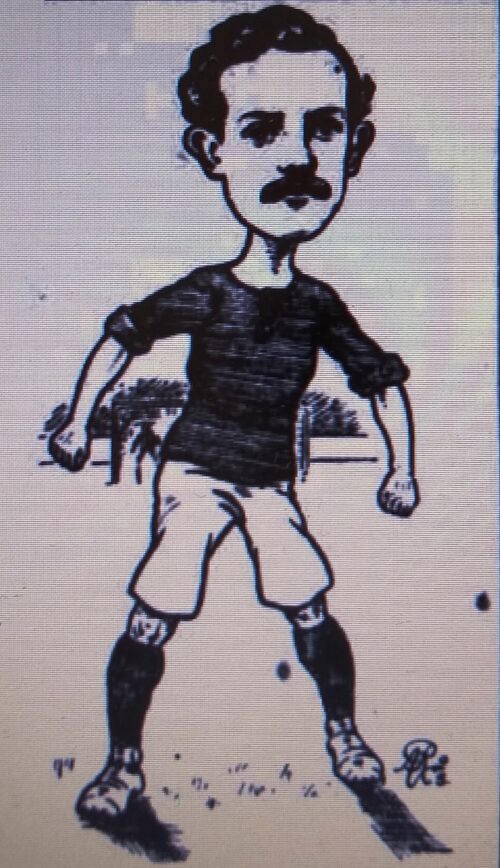 A long term captain of the reserves Theobald, was said to be unassuming and quiet, was happy to be a mainstay of the club and perform any playing duty required of him, while he remained working in the Royal Arsenal at the same time as his period in the club. The football though important to him was essentially recreational and his real profession was in the Ordnance as a skilled cog in the vast machine churning out bullets and ammunition for the military. As well as football he also at various points played baseball, athletics, gymnastics and cricket for various local concerns. It also gave him a chance to visit the Continent as he was part of the side that went on the first tour of Europe in 1907.

Taken on by Harry Bradshaw it was fitting that Bradshaw’s Fulham came to the Manor Ground for Steve’s benefit on Good Friday 1908. Woolwich Arsenal reserves versus Fulham reserves, brought out a good crowd as Theobald captained the second sting including both Andy Ducat and Joe Shaw in a 1-0 win. His representation as a Subbuteo figure is in blue, as during the 1908/09 pre-season ‘reds v blues’ practice charity match, he was one of the ‘blues’ to denote a reserve.

His final first team game was in January 1909 at Newcastle, and he signed on again for the start of the 1909/10 season. However Theobald sustained a cartilage knee injury in a reserve game early in the campaign on 11 September 1909 and did not play for Arsenal again in any capacity. He left the club in late 1909 unable to shake off his injury.

Overall Steve turned out for 24 first class games, all in the Football League, two in Division Two and 22 in the top flight of English football. The most he played in one season at this level was 1905/06 when he made 14 first team appearances. He appeared in approximately 250 other games for Woolwich Arsenal primarily in the reserves and some minor first team contests. While the Arsenal first team won no major trophies, they won some minor trophies and the reserves won many trophies in this period. Theobald’s medal haul included nine reserve league titles: the South Eastern League four times in 1903/04, 1905/06, 1906/07, 1907/08; the London League three times in 1901/02, 1903/04, 1906/07; and the West Kent League twice in 1901/02 and 1902/03 – during which the reserves won that competition with 14 wins out of 14 games!

This extract below is a reference to a Southern Professional Charity Cup first round tie, a minor first team competition that Arsenal won later in the 1905/06 campaign, allowing Theobald to gain yet another winners’ medal – making ten in all!

“The only change in the team being Steve Theobald at centre-half instead of Percy Sands. And let me add at once that Theobald played as clever a game as one could desire – full of work, full of judgement, and with that confidence which is only begotten of contact with better class football than one can get in the Reserve games”. Woolwich Gazette 13 October 1905

After Arsenal left for Highbury, Theobald managed Woolwich FC who played at the Manor Ground in the Kent League for the 1913/14 season. They disbanded owing to the war, and the ground was then sold to the War ministry as the Ordnance expanded to meet the increased demands. As it was with all the bullets required for the four years between 1914 and 1918 he was a very, very busy man. 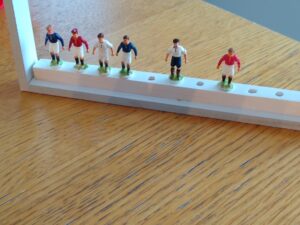