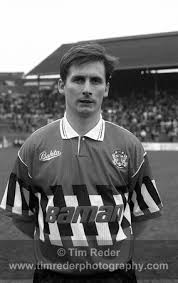 Glenn Roeder made a half-a-dozen youth team appearances at Arsenal before leaving the club in 1972, returning to the Gunners for an impromptu cameo at the end of the 1977/78 season. Subsequently in a long career he went onto make over 600 competitive appearances as a player. An elegant, cultured ball-playing centre back, who often played as a sweeper, he was famous for the “Roeder Shuffle” which was executed by way of a smart step-over often springing defence into rapid attack. Later he had spells as manager in charge of a number of clubs for over 400 games; in short a true football man.

Born 13 December 1955 in Woodford, Essex, Roeder represented both Essex and London schoolboys at football. Though not listed in the official Arsenal handbook as an apprentice at the start of the 1971-72 season, he was at the club as a youth during that season alongside Liam Brady. His first Arsenal game was a colt side friendly against Dulwich Hamlet on 7 August 1971 and his last match was in the South East Counties League versus Reading on 15 Jan 1972. Roeder made four competitive appearances and played in two friendlies for the colts between August 1971 and January 1972, scoring once against Charlton on New Years Day 1972. Consequently, by dint of his few games Glenn assisted Arsenal in winning the South East Counties league that season. 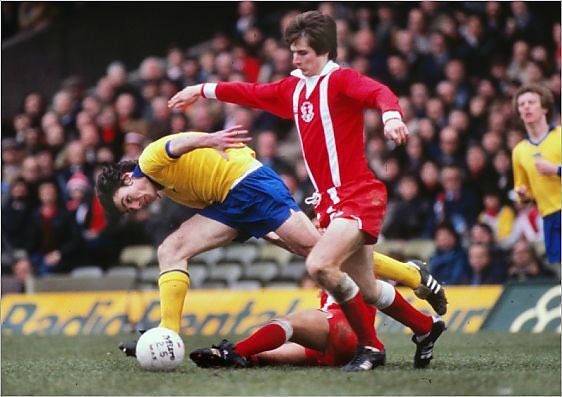 Taken on as an apprentice by Leyton Orient in the summer of 1972, he signed professional terms for Orient in October 1973. Part of the ‘O’s team that reached FA Cup Semi final in 1978, only to be despatched by the Gunners at Stamford Bridge with a brace by Malcolm MacDonald. In hindsight Arsenal may as well have allowed Orient to get to their first final, as they couldn’t have performed any worse than the Gunners did at Wembley, and may well have beaten Ipswich. He represented England in the ‘B’ international team for six games, five of which came in this time at Orient.

Given a surprise guest role in the Arsenal defence on 12 May 1978 for the John Pratt Testimonial, he helped the Gunners to a 5-3 victory at Tottenham. The Spurs side contained Jimmy Greaves, while Arsenal saw a return to the ranks for Frank McLintock and John Radford, alongside Roeder.

Queens Park Rangers paid £250,000 for him and he was greeted by caretaker manager Alec Stock in August 1978. However, a few months into his contract he put in a transfer request as he was rarely used in the first half of the season by new manager Steve Burtenshaw. The conflict bubbled on and only ended after Burtenshaw (who earlier in the 70s was at Arsenal at the same time as Roeder) left the club in May 1979. Thriving under first Tommy Docherty and then Terry Venables, Glenn was made captain. Rangers reached the FA Cup final in 1982, and while appearing at Wembley, he missed leading out the side for the replay due to ludicrous FA suspension rules. A season later in 1982/83 QPR won the old Second Division title, but Roeder was mainly in the reserves that season, owing to long term injury, as they also won the Combination title.

Loaned to Notts County, then a top flight concern, for a month in November 1983, where he was immensely popular not least because they were unbeaten with him in their side! At the end of the loan supporters raised £30,000 in 36 hours for a transfer fund but it was not enough and, after 181 appearances for the Rs, Newcastle United paid £120,000 for him in December 1983. They won promotion from the old Second Division into the top flight in the same 1983/84 season and he became a loved figure on Tyneside. He was installed as captain, taking Paul Gascoigne under his wing, as they became firm friends. Roeder even made Gascoigne the godfather of his son. 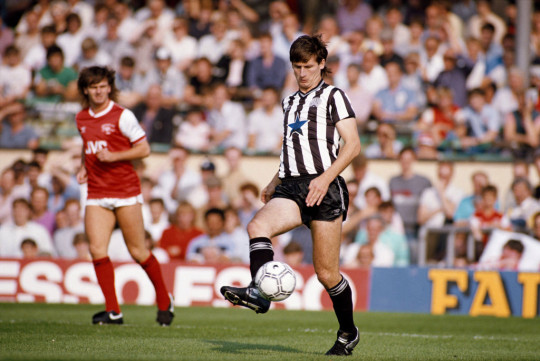 Roeder played 217 times for Newcastle prior to Watford acquiring his services in June 1989. By this time a veteran defender, he was looking to move into coaching roles, and while in a leadership position as captain, the coaching element was encouraged by Watford in the reserves. In the early 90s he was mentioned in the tabloids as being lined up to be Gazza’s mentor in Italy when his ex-magpie colleague moved to Lazio. Claiming it was all set and Glenn was going to leave Watford and take his whole family to Italy with him, as he schemed to assist Gazza.

As with most tabloid stories it did not come to fruition but did have an element of truth to it, as Roeder seemingly had agreed to the role, but changed his mind after too many nightlife indiscretions. Roeder remained at Watford, making 86 appearances before leaving in February 1992. He returned for a brief period to Brisbane Road near the end of his playing career, where he had been on a trial since January, reunited with the club who gave him his professional break, he ended with – 123 (more as this is league only) apps in his two stints at Orient.

Gillingham offered him a player-manager role in 1992/93 and after keeping them in the Football League, moved again to Watford this time as manager between 1993-1996, where he gave goal machine, Kevin Phillips his debut in league football. A period outside management saw him help out at Burnley for a season with Chris Waddle, and later in the England set up under Glen Hoddle during and around the 1998 World Cup.

Harry Redknapp brought him into his managerial team at his boyhood club West Ham in 1999, and after Redknapp’s departure in 2001 was made manager, leading them to seventh place in the top flight in the 2001/02 season. A brain tumour was diagnosed in April 2003 led to operations and after leaving West Ham, recuperation away from work. 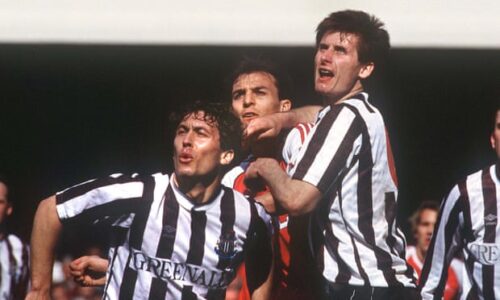 He came back to Newcastle in 2005 as the academy head, and then in February 2006 became manager. He led the team to win the Inter Toto cup in 2006:- the first manager to win a trophy for NUFC since Joe Harvey in 1969. Very popular on Tyneside continuing on from his playing days he gave Tim Krul and Andy Carroll debuts but left at the end of the 2006/07 season. Manager at Norwich between 2007-09, he also later took on advisory roles at Sheffield Wednesday and Stevenage.

All reports speak of his kindness and decency, as Howard Wilkinson eloquently stated after news of his passing:

“Glenn was such an unassuming, kind gentleman who demonstrated lifelong dedication to the game. Not one to court headlines, his commitment and application to his work at all levels warrants special mention. Football has lost a great servant today and our sincere condolences go to Glenn’s family and friends.”

Glenn Roeder died on 28 February 2021, succumbing to the brain tumour which he had fought for 18 years.