You are browsing the site archives by month.
29Nov 2013

END_OF_DOCUMENT_TOKEN_TO_BE_REPLACED

On 24 November 1967 Bertie Mee told the Daily Mirror that Arsenal were no longer interested in signing Don Rogers from Swindon Town. At the time Swindon were looking to cash in on the 22 year old winger who had asked for a transfer having been their top scorer the previous season and with 11 in 21 games at this point of the season.

END_OF_DOCUMENT_TOKEN_TO_BE_REPLACED

Arsenal’s most prolific goalscorer, and no one’s heard of him

Whilst filming some short clips about The Arsenal’s early history with Arsenal Media yesterday I mentioned the club’s most prolific goalscorer, his part in Arsenal’s record defeat and the fact that he is virtually unknown.

END_OF_DOCUMENT_TOKEN_TO_BE_REPLACED

The recent publicity surrounding Manchester City’s decision to charge Arsenal supporters £58 got us thinking of any non-recent historical precedents, and there are a number of early occasions when unscrupulous clubs doubled their entrance gate for the visit of Arsenal supporters. Probably the most blatant occasion was when Royal Arsenal visited Clapton in October 1891 and the opposition kept the gate at 3d for the home fans but doubled it to 6d for the Reds without any prior warning. As Arsenal won 7-0 it is doubtful too many were overly concerned by the end. END_OF_DOCUMENT_TOKEN_TO_BE_REPLACED

But when was this motto first attributed to The Arsenal, and why?

END_OF_DOCUMENT_TOKEN_TO_BE_REPLACED

Another Cheeky First for The Arsenal

This is an expanded version of the article we recently wrote for the History Lesson page for the Arsenal matchday programme.

Throughout the club’s history Arsenal have always had a reputation as pioneers and innovators. On 23 March 1974 the club was involved in one of football’s more unusual firsts.

END_OF_DOCUMENT_TOKEN_TO_BE_REPLACED 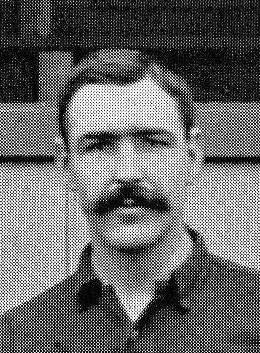