You are browsing the site archives by month.
30Oct 2013 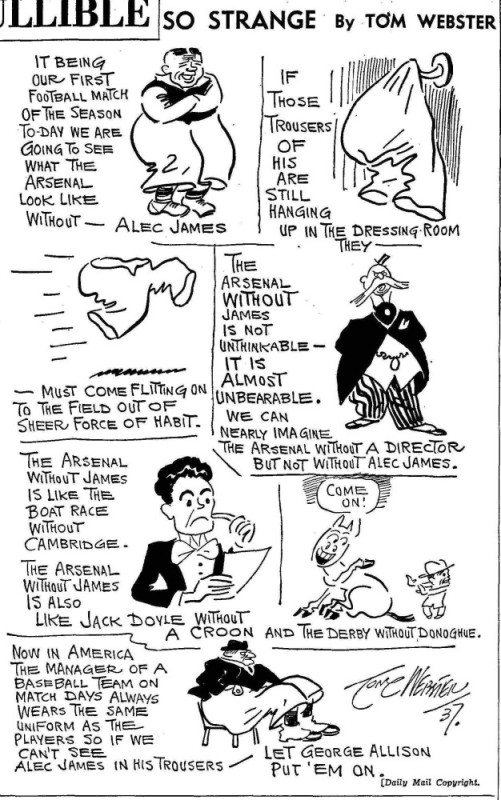 “So Strange” Cartoon by Tom Webster of the Daily Mail

END_OF_DOCUMENT_TOKEN_TO_BE_REPLACED

Welcome to The Arsenal History blog.

In the summer of 1886 the foundations were laid for a football team that we know today as The Arsenal*.