You are browsing the site archives by month.
25Aug 2021

Every Arsenal Player – In Chronological Order 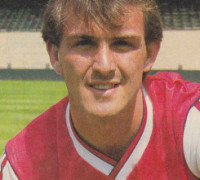 Whenever a new Arsenal player makes his debut, the question “how many players have played for Arsenal?” usually gets asked. Well, here is the answer – every player that has played for Arsenal’s first team in a competitive game in chronological order.

Any player that has an asterisk (*) next to his name scored on his Arsenal debut, and any names underlined will show a picture of the the player if you hover your mouse pointer over the name. We’ll add these as and when we can, but bear with us as it’s a time consuming process.

And one last thing, you’re probably best off viewing this page on a PC or laptop. END_OF_DOCUMENT_TOKEN_TO_BE_REPLACED