When The Arsenal Clock Was Placed On The North Bank

We’ve written before about how Arsenal’s famous clock moved around Highbury on a number of occasions during the 1930s. We were never 100% certain of when it first appeared at the back of the North terrace / Laundry End / North Bank; the best we could manage was some time during December 1931. We’ve now come across some more information, including a photograph from the first game when it re-appeared. 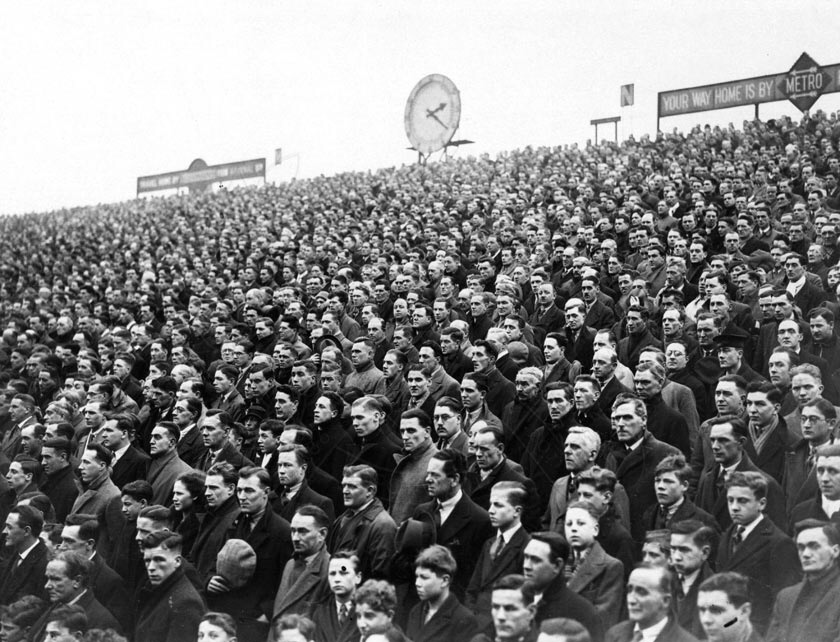 As we wrote in this article, we established that the original 45 minute clock was erected in the corner of the South and West terraces in September 1930.

Following instructions from the FA, it was covered up the following month and then taken down. The mechanism of the clock was re-worked to convert it into a traditional 12-hour clock and it then reappeared on the North Terrace (also known as the Laundry End and, later, the North Bank).

The first report of its reappearance came on 4 December 1931 in the Daily Herald, which stated it would be located on the North Bank: 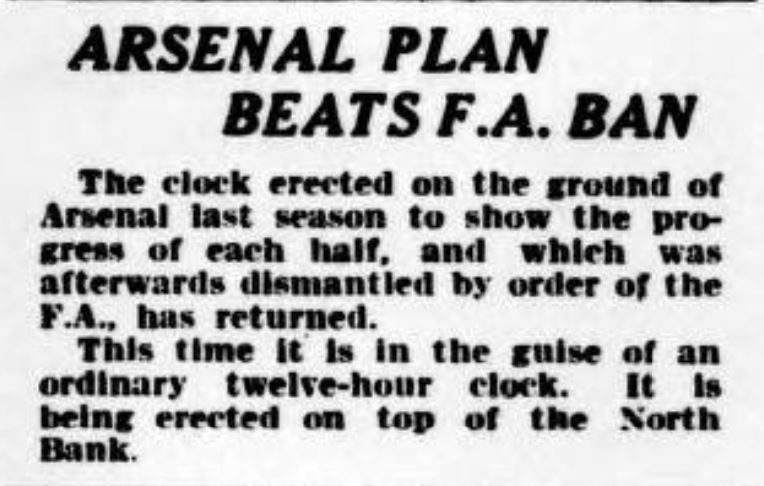 This brief report is a bit vague as to whether or not it was already in place. The next game at Highbury was the following day when the reserves faced Leicester City. This posed a problem as there were no reports to indicate that the clock was up for this game, but surely Arsenal wouldn’t reintroduce it for a reserve game?

We were in luck, however, as four days later Highbury hosted the international game between England and Spain for which the Pathe cameras were present.

This still from the footage clearly shows the framework for the clock, but the clock itself is not in place. 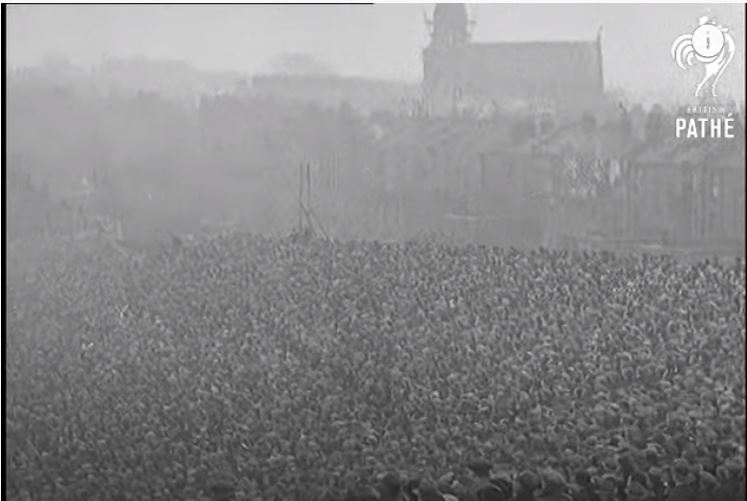 Fast forward three more days and Arsenal play Huddersfield. We managed to find one photograph of the game in a newspaper – the Leeds Mercury – and, amazingly, it gave us what we wanted. Here we see Arsenal captain Tom Parker and Huddersfield’s George Crownshaw competing for the ball with the clock standing majestically at rear of the North Bank. 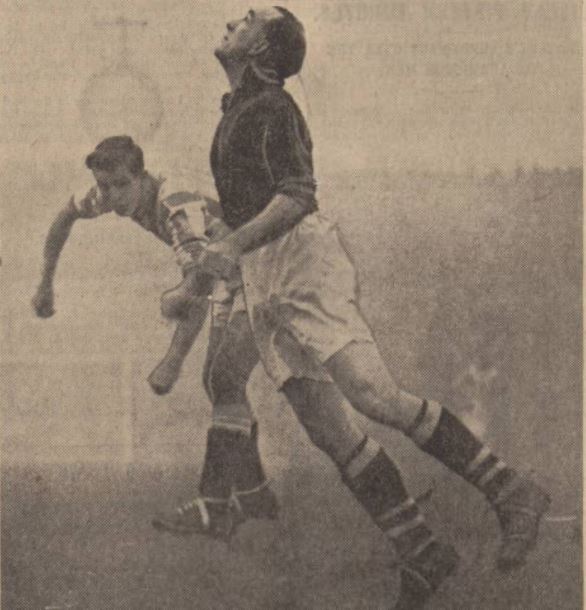 Another piece of Arsenal history solved.

What was that in the Daily Herald?

It is being erected on top of the North Bank

Five years ago we wrote about when the North Bank got its name and came up with 1967. This report knocks that date into a cocked hat.

Not one, but two Arsenal history updates. What a bargain!

If you’re a fan of the design of the Arsenal clock then you might want to visit the She Wore shop for some great clock-inspired products.