We’re The North Bank, Highbury…But Who Named It?

One of the enduring chants by Arsenal fans at Highbury was:

Eventually fans in the Clock End reciprocated, and the chants would alternate back and forth.

But when could this chant have been first sung and who instigated it?

After moving to Highbury in 1913, the terrace at the North end of the ground was usually referred to as the Gillespie Road end or the Laundry End due to the presence of the Mayfield laundry at the back of the terrace. 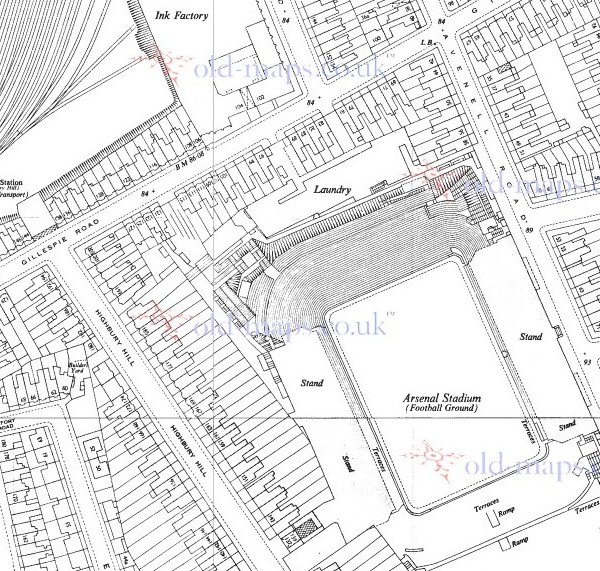 Looking through the matchday programmes, the earliest reference we could find to the “North Bank” was in a letter written by A.Green which was published in the programme for the game against Leeds on 12 April 1969 which is shown below. 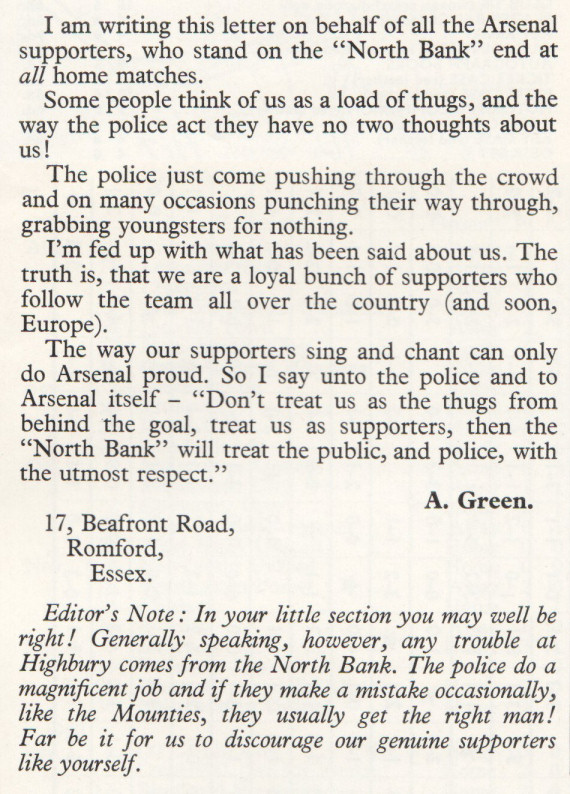 Prior to this it was referred to by the club as the North terrace, as shown in this warning to fans in August 1967 following the pre-season “friendly” against Rangers. 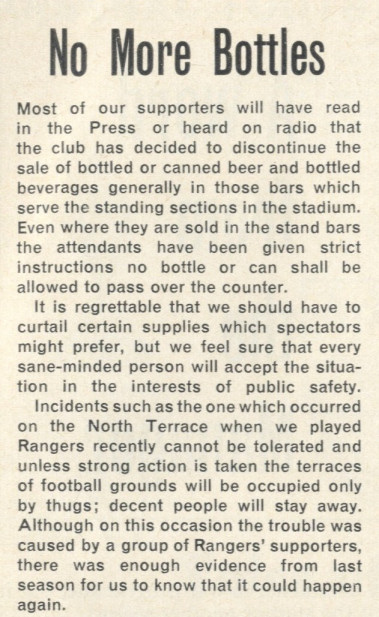 Obviously, it is likely that the term “North Bank” was coined by fans rather than the club so it’s possible that it could have been used before this date but the club had resisted using it.

Shortly after taking over as editor of the programme in 1983, Kevin Connolly put out a question to fans asking if they knew when the name was first used.

Martin Wengrove and George Haydon responded and between them we can probably narrow it down to a couple of games. 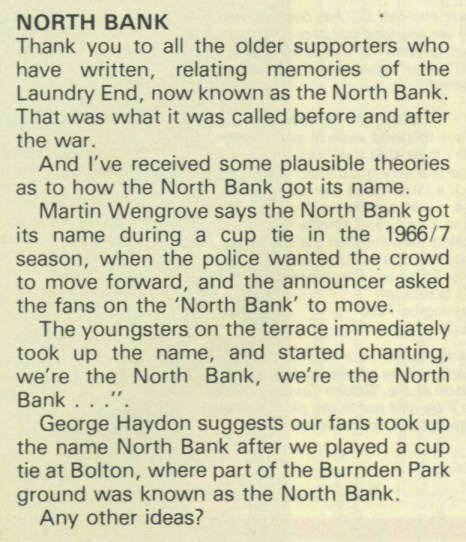 Can any of our more “senior” readers remember the Bolton games? Or can you remember calling it the North Bank prior to these dates? Did the police just use the name as they had heard it being called that by those on the terrace?

Shortly after publishing this, we were contacted via twitter by @EddieHatdu who included this picture: 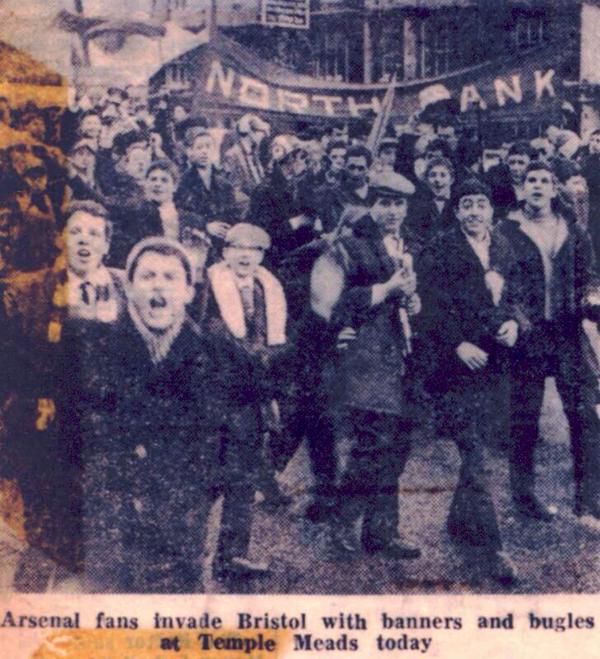 This appeared in a Bristol newspaper on 28 January 1967 when Arsenal played Bristol Rovers in the FA Cup. This pre-dates the Bolton game by a few weeks. Just below the “N” in the word “NORTH” on the banner you can see a young Charlie George who was in his first season as an Arsenal apprentice. J Hoy too is in the picture.

Eddie also said “it was named by a group of us who stood there in sixties. It was easier to sing than laundry end”. So the police did copy the North Bank name from those who stood on it, week in week out.

A big thank you to Eddie for this illuminating information.

In stumbling across some information regarding the Arsenal clock at Highbury, we found a reference to the North Bank a little bit earlier than 1967. Take a look at this blog: The Arsenal Clock – A Bit More Info

9 thoughts on “We’re The North Bank, Highbury…But Who Named It?”