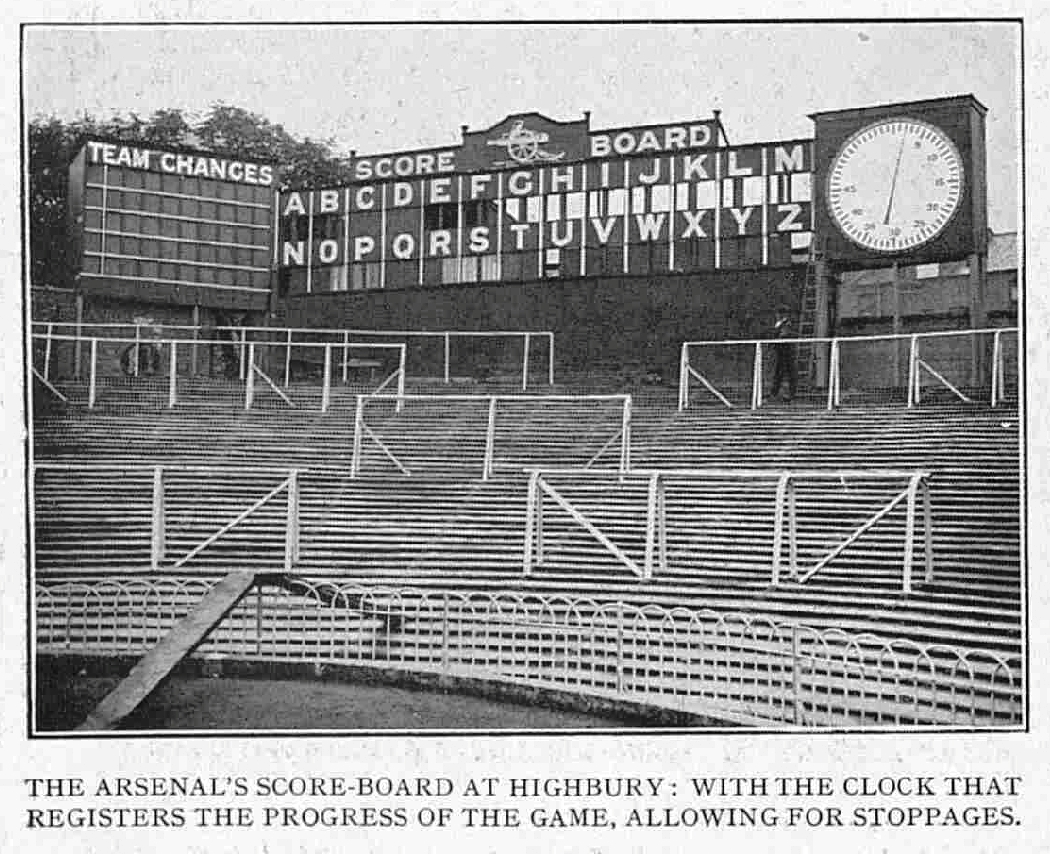 Andy’s intention to tweet the image was thwarted by a generic sports account that sent it out a few minutes prior to Andy’s busy schedule, so he RT instead.

Seeing the image led to fellow Gooner @fumbunker ask “was that in the south-west corner?” of Highbury, and our old friend and Highbury redevelopment guru AngryPhil got involved too.

Fumbunker, by now on a roll, also highlighted this image from the Aerofilms series, and if you look at this Aerofilm photo a scoreboard is clearly seen on the South West side of the ground. 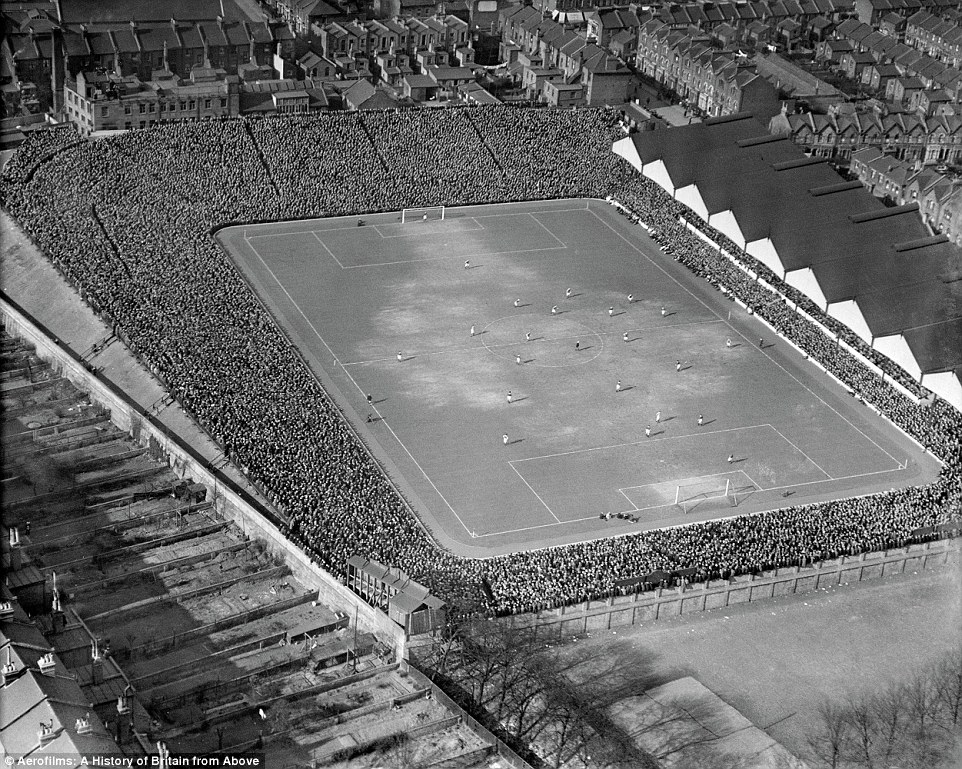 Comparing the two photos there are trees lining behind the clock in the first photo which are also clearly shown behind the South-West side in the Aerofilm image. There are no such trees at the Northern end of the ground. Additionally the depth of the terrace below the information centre is pretty shallow unlike any part of the Northern terrace which was far deeper.

This got Andy and myself thinking and we have come up with the following clock revised detail:

The original clock was located next to the scoreboard on the West Terrace of the south-westerly Information Centre in September 1930.

It was then banned by the FA a month later and ordered to be covered up. In February 1931 the clock makers – Fishers – agreed with Herbert Chapman to alter the 45 minute mechanism to a 12 hour clock and, after FA approval, the new clock re-appeared in December 1931.

We are now pretty sure, that it was re-positioned on the Laundry End in December 1931. While we initially thought there was little point in moving it before the works all started in the close season, Andy then remembered a photo of an Alex James penalty in February 1932 that clearly denotes the clock in the background in the middle of the North terracing. 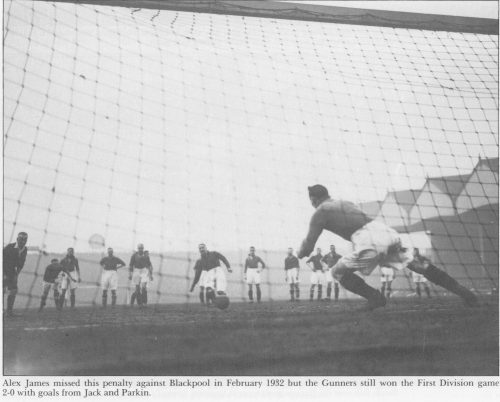 The Clock is in the distance of the North terrace in February 1932 (from Alex James: by John Harding)

The architect’s projected drawing of April 1932 of the new West Stand clearly shows the Clock in its position in the middle of the Laundry End, and no information centre remaining in the South West corner. The West Stand was officially opened in December 1932 but had housed some spectators for a number of months prior to this date. 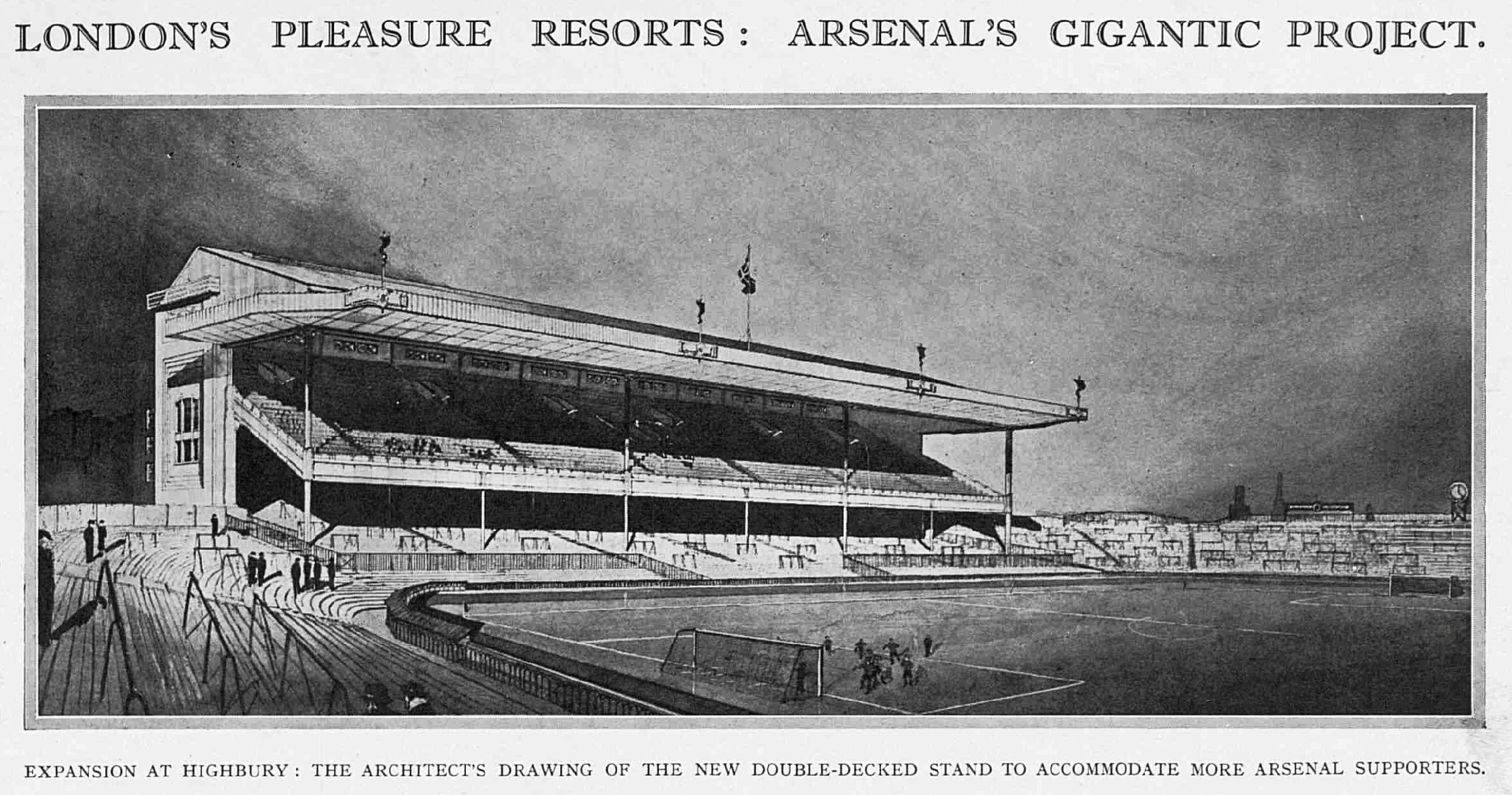 A curious aspect of the papers that reported on the new clock in September 1930 was that the actual location was never recorded in any written publication. It is difficult to know just why the exact dimensions of the clock were recorded and the face of the clock given in detail but not where it was to go inside the ground. Maybe it was just assumed that those who needed to know where it was were actually inside the ground and knew it’s location anyway. This apparent lack of written evidence goes some way in explaining why all, including ourselves, had assumed the Clock initial location was on the Laundry End in 1930. 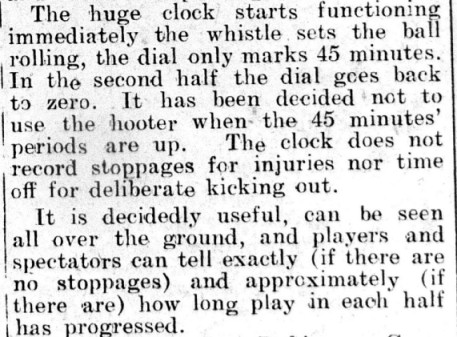 Therefore in light of the above we offer this as revised detail:

October 1930 – Timepiece covered up on order of the FA.

Which just goes to show that with the continued opening of newspaper and other archive resources by the British Library onto the web, that received and assumed history will become ever more challenged.

*As an aside from the clock, those of us who are cannon aficionados immediately noticed the correct direction of the cannon in 1930.