Any fan who has visited Highbury or the Emirates Stadium over the last 86 years can’t fail to have noticed the iconic clock.  However, it has its own story that isn’t as simple as expected.

At a regular board meeting at the Holborn Restaurant on Thursday 3 July 1930 Herbert Chapman recommended that a 45 minute football timing clock be erected at Highbury. The board accepted his idea and requested he arrange to get the clock installed. This came just after Arsenal had won their first major trophy, and was but one of many upgrades to Highbury that were proposed at the start of this decade. 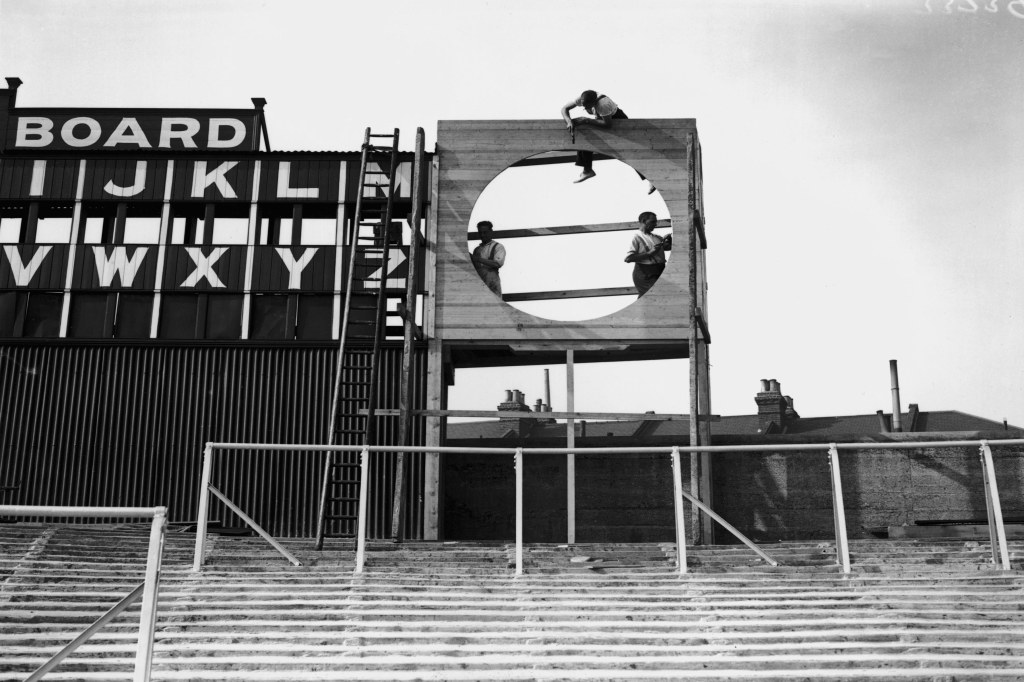 The idea behind the clock was that it would allow the referee to concentrate on what was happening on the pitch and the timings would be handled by an operator who would also halt the clock during stoppages. The end of each of the halves would be signalled by a loud blast from an electronic hooter much like the current system in Rugby League.

Originally, Chapman went to the Omega Watch Company for the clock but their offering was refused by the club owing to the company’s insistence on advertising their name on the structure. Instead, Chapman instructed a Mr Fisher of the Newcastle firm Messrs Fisher & Co to build the original 45 minute clock. The face of the clock was 8 feet 8 inches (2.64 metres) in diameter, with only one hand which was 4 feet 10 inches (1.47 metres) in length, it weighed 1.25 tons and was put up for the start of the 1930-31 season which itself was the start of Arsenal’s first ever league title triumph. 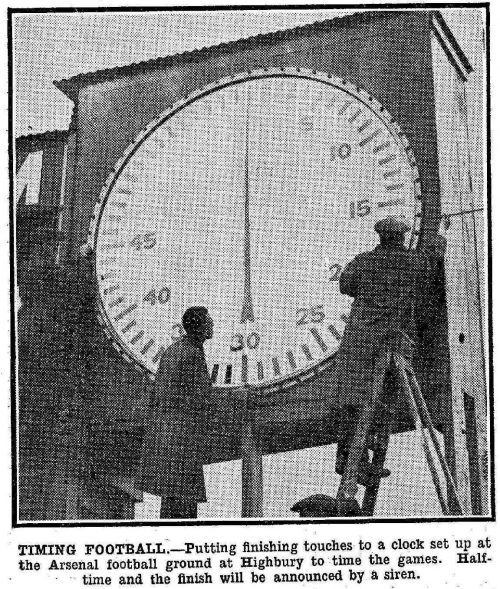 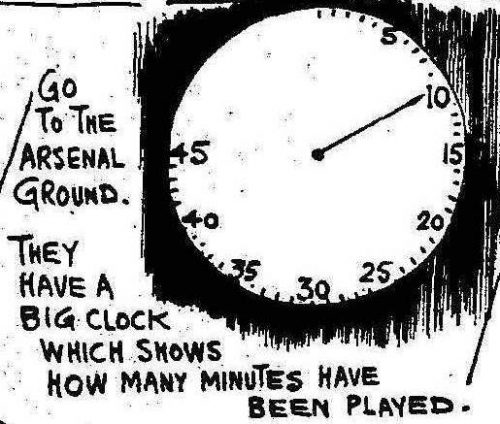 The Timepiece was initially approved by the FA, but barely a handful of games after it had it been placed on the Laundry End (later known as the North Bank), the football authorities banned any clock “professing to indicate the duration of play” and ordered its removal from the ground in mid-October. The club protested but to no avail and it was mothballed. However, Arsenal and Herbert Chapman were not to be defeated and set about negotiating for a normal clock to be allowed.

In February 1931 Chapman and Fisher met regarding altering the banned clock into a normal 12 hour, 60 minute timepiece with two hands. This work was agreed at a cost of £180, and Fisher guaranteed his work for three years. However, the FA had to approve the new arrangement and it was not until December 1931 that the new clock, having the appearance we know and love, was seen again at a match on the Laundry End.

The clock sat there, witnessing the tragically early death of Chapman, and also a treble of Arsenal championship wins until a roof was erected to cover the northern terrace in the summer of 1935, and the clock was moved to the College End on the south terrace.

The clock’s presence led to the terracing it adorned being informally renamed ‘The Clock End’ and remained telling the time through World War Two, the club’s first European trophy, nine more championships (including three doubles) and the ‘Invincible’ season.

Just prior to the club’s first trophy under George Graham the clock stopped altogether for a month in 1987. 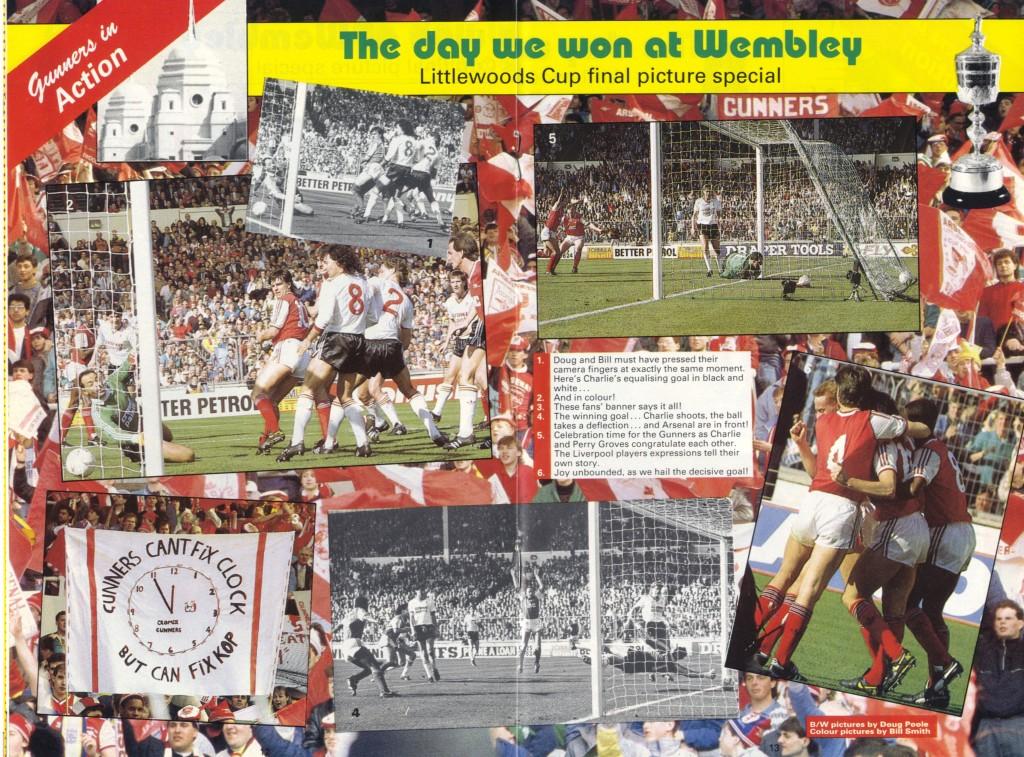 A little later in the 1980s it received a slight alteration of location as the Clock End was rebuilt, but in 2006 it was relocated as part of the move to the Emirates Stadium and a clock faced outwards from the south side of the stadium.

In 2010 another clock was again placed in its rightful position looking out at the pitch, so the Clock End at the Emirates now has two clocks.

You can now own your own clock, based on the classic design, courtesy of our friends at shewore.com.