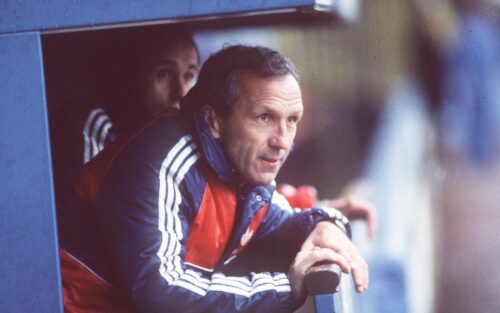 The right-hand man of George Graham who played a huge part in the resurgence of Arsenal in the 1980s.

Born on 2 April 1937 in Inchicore, a Dublin suburb, where the football mad Theo appeared for Richmond Rovers, Bulfin Rovers, and then Home Farm where he was spotted as a decent defensive prospect. Leaving Dublin for a trial with Burnley in 1954, which was not successful, the club put him in touch with Exeter City and after a period in the reserves was signed as a professional in March 1955 at St James Park.

After six seasons and over 150 games he was taken to Northampton Town in 1961 by ex-Arsenal player Dave Bowen who installed Theo as captain. Northampton, under the managerial guidance of Bowen, were to embark on a remarkable rise from the lowest level to top flight, though they had got out of the bottom rung just before Foley joined. Progress was such that by 1965-66 they had reached the First Division but could only last one season at the pinnacle of English football.

In his brief time at the top he rubbed shoulders on the pitch with Bobby Moore, Geoff Hurst, Gordon Banks, George Best, Denis Law, Billy Bremner, Bobby Charlton and Franz Beckenbauer. And off the pitch made a foray into the world of catering as he part owned a pie shop in Northampton with Ruby Murray’s husband; the very Ruby Murray whose popularity gave rise to the cockney rhyming slang for a curry.

His nine Eire caps as right back between 1964 and 1967 coincided with his time at the Cobblers. After over 200 games he moved to south London at Charlton in 1967, swiftly becoming player-coach as persistent knee injury ensured his playing career at Charlton was very short, hanging up his boot in 1968. Promotion to Assistant Manager came in January 1970, and a few months later as he was made manager, a role in which he survived until April 1974.

After an interlude during which he helped out at Dulwich Hamlet and Dartford, he came to the decision that his best role was as a coach, and soon after he received a call from Gordon Jago with an offer to assist him at the Den in April 1975. After Jago left, Theo took control of the team for a few games as caretaker manager but he had an offer from QPR to run their reserves and, in early 1978, moved to west London.

After two years Terry Venables turned up and he persuaded his good friend George Graham to join the Loftus Road coaching staff. Here Theo and George built up a working relationship that was to last just over a decade. So taken with Theo as a coach/assistant that when Graham was offered the manager’s role at Millwall he did not hesitate to take Foley along with him.

His second period at the Den was far more successful than the first as Millwall gained promotion to the Second Division in 1984/85, and in the same season reached an ill-fated quarter-final which was lost to Luton amidst a riot! The pair had set building blocks for the south London club to enjoy a further period of success in the future, but eyes from north London had spotted their success and Highbury beckoned as George insisted on Theo being his right-hand man as they entered the Marble Halls.

Theo stated in his book about his pride and feelings coming to the Arsenal:

Arsenal is football royalty, it really is. It was a huge thing for me, personally, and it still makes the hair stand up at the back of my neck when I think about Highbury. 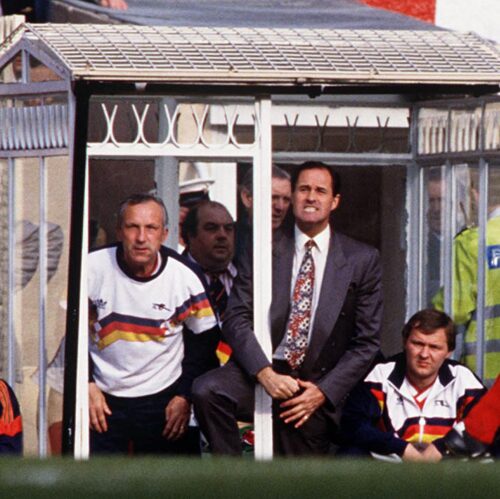 Their ‘Good Cop – Bad Cop’ routine, was successfully continued and intensified as they were now dealing with top flight players. As the ‘Good Cop’ in the partnership Theo was roundly liked by all the Arsenal players, summed up by this comment from Michael Thomas.

I can’t speak highly enough of him. We all loved him; it was a sad day when he left. We missed him a lot as we couldn’t talk to George in the same way. I’ve never heard any of the lads say a bad word about Theo 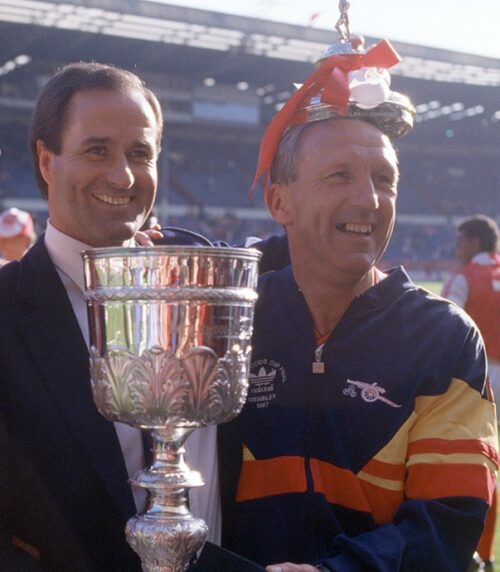 Additionally, such was Theo’s cult popularity with the crowd that he had his own chant prior to each game from the North Bank emanating from his coaching of the players before the match on the Highbury pitch. Invariably he would acquiesce to the terraces imploring cries:

George and Theo guided Arsenal to two major trophies both against Liverpool. In 1987 the League Cup win at Wembley was the club’s first in eight years, and then the monumental 1989 League Championship win at Anfield. Not unsurprisingly Theo saw this as the highlight of his professional career, and indeed was a major contributor in the subsequent celebrations! 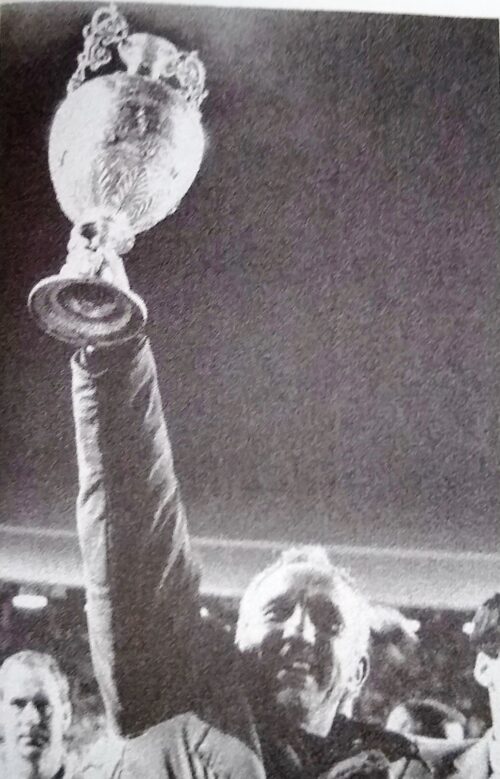 “The Pinnacle of my career – from Inchicore to Anfield winning the Football League”.

However, GG wanted to freshen up his coaching staff at the end of the 1989-90 season and informed Theo he was to swap places with Stewart Houston who was the reserve team coach. Not wishing to be demoted, as he saw it, Theo moved onto manage Northampton. But after two financially stricken seasons back there, he left as administrators moved in.

Spells at Fulham as youth coach and Southend as assistant manager to Peter Taylor followed, before taking a scouting job at Tottenham. This soon morphed into reserve manager and then George joined his old friend. They won the League Cup in 1999, with Arsenal favourite Sol Campbell lifting the cup. This was Theo’s final professional role in football and he retired in 2004. However he also did some scouting for Mick McCarthy at Wolves.

In his retirement he continued his love of golf at the Royal Blackheath and Shooters Hill clubs, worked as a matchday host at Charlton, and went to Millwall and Arsenal to watch games. In addition Theo would support his family in the football teams they played for, in particular Paul Foley, one of his children who tragically died two months before him. 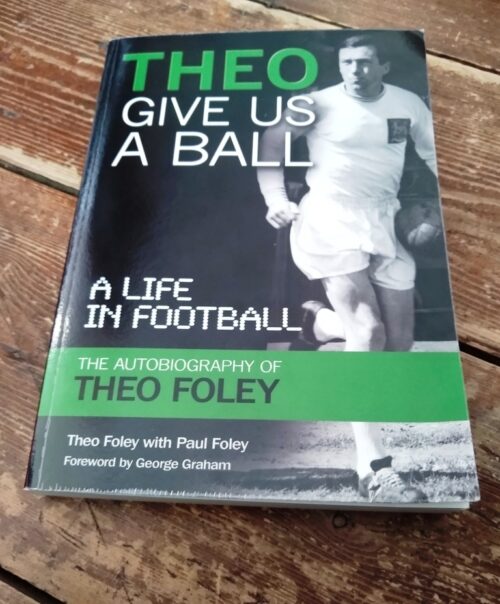 We can’t really emphasise enough what an enjoyable read Theo Foley’s autobiography is, and it is the source for much of this obituary:

Theo Give Us A Ball – Theo Foley with Paul Foley.