In the fifth part of our series we look at a subtle change to The Arsenal’s name that took place much earlier than many people believe.

The Arsenal didn’t manage to play any games under their new monicker before the Football Association suspended competitive football due to the continuation of the First World War. Football resumed in 1919 and The Arsenal started the season in the First Division, having been elected at a Football League meeting in March.

In November / December a small change was made to the masthead of the matchday programme.  On 22 November The Arsenal played Notts County. Here is the front page of the programme: 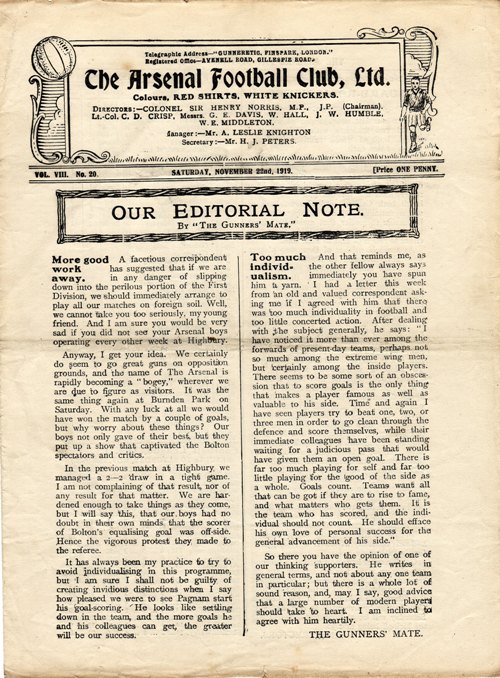 Two weeks later they played Chelsea and “The” had been dropped from club’s name: 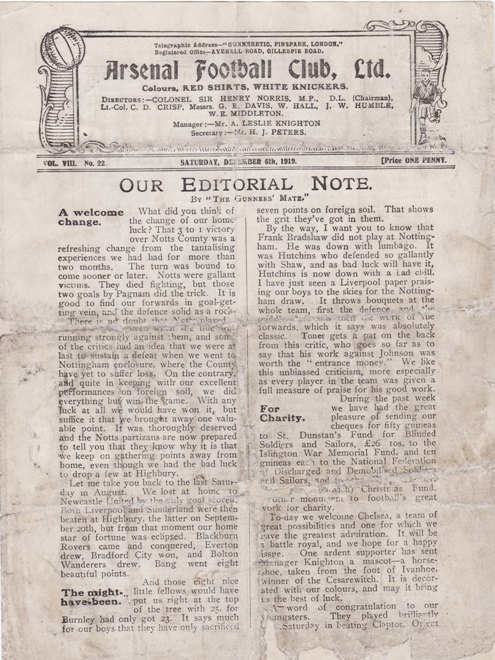 These programmes, and many more interesting items, can be found at Footballprogs.com. Well worth a visit.

We’ve not found any mention of the directors deciding to change the name registered with the Football League, and if they had the Islington Gazette would have picked up on this. But the Gazette was still referring to them as “The Arsenal” on Boxing Day: 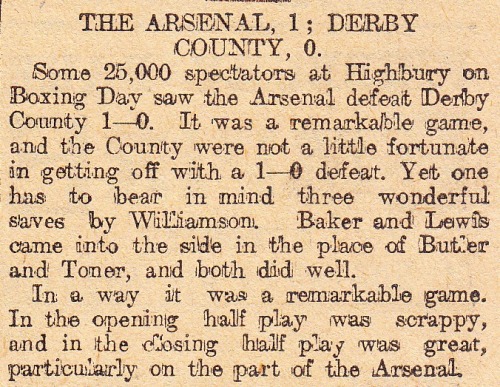 From this point on the word “The” became almost optional depending on who was writing about the club, even well into the 1930s. What we can say for certain is that name registered with the Joint Stock Companies (and, subsequently, Companies House) remained The Arsenal Football Club Limited as can be seen on the summary of share capital and shares from August 1924: 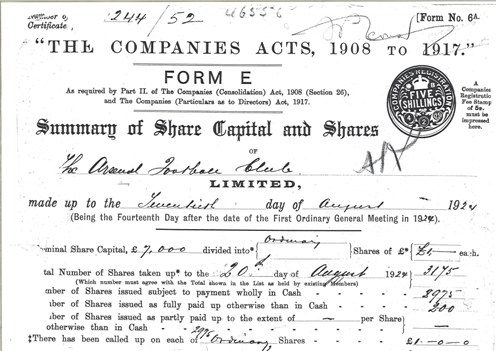 One of the popular stories about Herbert Chapman is that he changed the club’s name from The Arsenal to Arsenal so that they would always be the first team mentioned when the football fixtures and results were read out or printed. As we can see, “The” had been dropped a long time before Chapman joined Arsenal. In fact, we can see from the advert that he responded to in the Athletic News, Henry Norris clearly called the club: Arsenal Football Club. 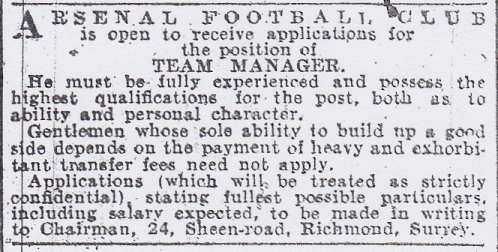 It may be that, as the media had continued to call the club The Arsenal, Chapman was merely correcting them and not making an attempt to change the club’s name.

So, there we are. Arsenal Football Club. But that isn’t the end of the story.

In March 1929 the board of directors put an audacious proposition to the shareholders to change the name of the club once again. This was perhaps a step too far, almost arrogant when you consider that the club still had not won a major trophy. The proposal was to change the name to London City. 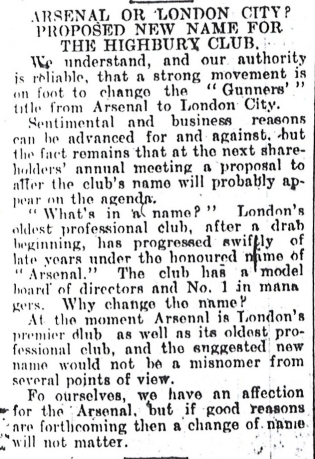 In the final part we will tie up a few loose ends and explain the name and set up of the club in its current state.

We would like to also acknowledge the help that Mike McGovern of Guardian Research has given us in digging out some of the corporate documents.