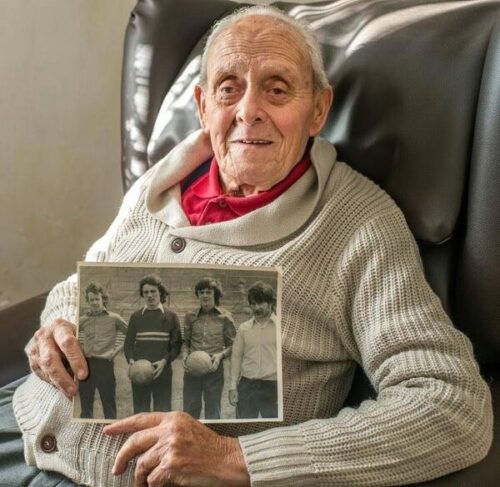 The Dublin based scout for Arsenal for many decades, he was a fixture at Irish football pitches over the years.

A Dublin toy warehouse manager, possessing excellent contacts within the area, he was acutely aware of the local football scene, particularly the promising young players. Inheriting a love of the game from his father, a life-long Arsenal supporter, in the late 1960s he identified an issue and realised an opportunity in Dublin existed, as Manchester United hoovered up the best players from the Irish capital, chiefly because Arsenal were not represented there. So he corresponded with the club who to their credit, or more particular head of the scouting system Gordon Clark, saw the sense in his argument and Bill was made scout for the Dublin area.

Luckily for Arsenal he did, as he was able to uncover a number of gems soon after starting out for the Highbury club. He spotted and ensured these highly talented youngsters came to Arsenal: David O’Leary, Liam Brady, Frank Stapleton all of whom were regulars for many years. O’Leary is the Arsenal record appearance holder, and Brady is arguably the most skillful player of the club’s modern era. Additionally, and slightly later, he ensured both John Devine and Niall Quinn joined the Arsenal.

In 1976 just as O’Leary was about to debut for Ireland at Wembley, Darby said of his find:

I saw David at 13, a tall kid who always came out of a tackle with the ball. He was intended for Manchester United, but they neglected to sign him on a schoolboy form. Paddy Crerand actually phoned the boy’s home in Dublin when Gordon Clark the chief scout was there signing him for Arsenal. So they were very disappointed.

Brady who was the first player Bill alerted to the club reflected on Darby’s greatest moment for the club:

He said to me his proudest moment was when myself, Frank and David all played in the 1979 FA Cup winning side against Manchester United. It was ironic that it should be against them, because that was the reason he wanted to come in and scout players, because they were all ending up at United instead. 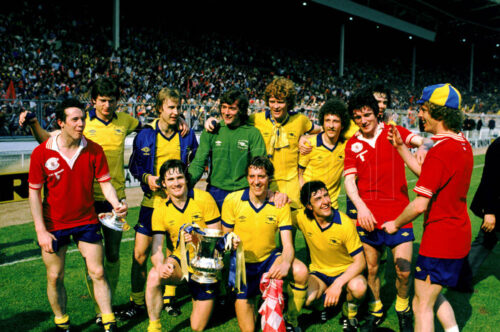 Wembley 1979: Ironically Brady and Stapleton wear the shirts of the team Bill Darby made sure they did not join a decade earlier!!!!

He was a smashing man. He knew how to approach parents, he knew how to get on with the schoolboy clubs, he was welcome wherever he went. He was a man who loved the game, who loved watching football and he just had this idea that Arsenal were missing out.