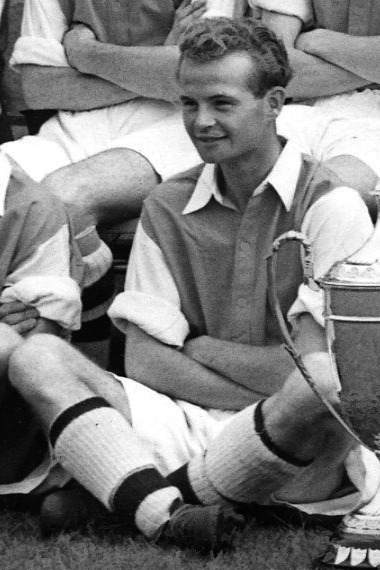 A regular at youth and reserve team level during his six years at Highbury.

Born in Tenterden, Kent on 24 October 1937, Ron joined Arsenal as an amateur in May 1953 having already made a name for himself for Kent and England schoolboys. He made his Arsenal debut in a 3-2 win against West Ham United for the ‘A’ team in the Eastern Counties League on 29 August 1953. Four weeks later he made his reserve team debut despite being just 15 years old. As  well as this sole game in the reserves, in his first season he also played in 17 games in the Eastern Counties League and London Midweek League, scoring one goal.

The 1954-55 season saw Arsenal organise a youth team for the first time, and Ron played mainly at this level for this season. He played 22 games in the South East Counties League and Cup, and the FA Youth Cup. Featuring in the inaugural game of each of these competitions, he bagged a hat-trick against Leiston in the FA Youth Cup. At Easter the youth team embarked on its first ever international youth tournament, in Amsterdam. Ron played in all four games in which Arsenal finished runners-up. 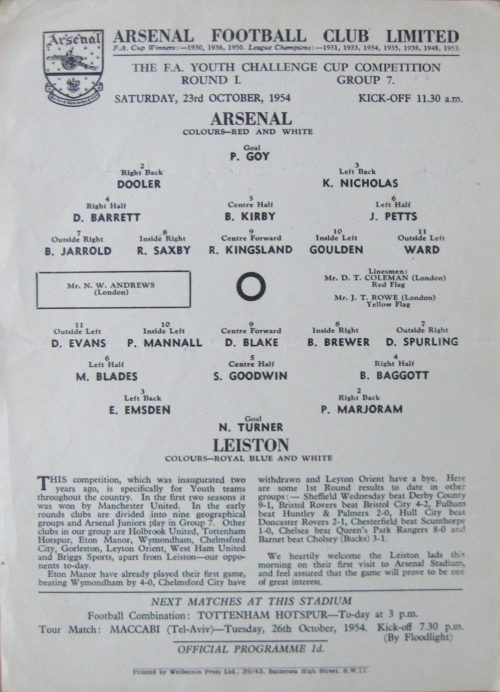 He also managed another 15 games for the ‘A’ team, scoring five goals.

1955-56 saw a major step up as he became a regular in the reserves. He finished the campaign having played a total of 25 games in the Combination and scored six goals, along with one game in the London FA Challenge Cup. He continued to turn out for the youth team, scoring six goals in 15 games which earned him South East Counties League and Cup double-winners medals, and also played in the team that won the Easter youth tournament in Amsterdam. He was also called up into the England youth team for whom he played against the Netherlands at Norwich.

Ron was called up for national service in 1956 which meant his chances of playing over the next two seasons were limited to 14 games for the reserve and ‘A’ teams in which he scored five goals. When he returned full time to Highbury in 1958 he struggled to regain his place in the reserves, playing just two games in the Combination and scoring one goal. In October his future at Arsenal was put in doubt as George Swindin placed Ron on the transfer list. However, he played a major part in the ‘A’ team which won the Metropolitan League in the first season that Arsenal entered this competition. He scored 10 goals in 31 league games and one goal in two cup games.

Throughout his career at Arsenal, Ron played mainly as an inside forward or winger. His final figures for Arsenal were:

Having been granted a free transfer in the summer of 1959, Ron joined Hastings United. After a spell at Tunbridge Wells Rangers he returned to Hastings where he was involved with local teams in various capacities until his death.