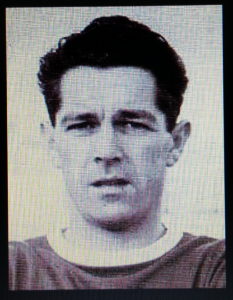 A short-lived youth player at Arsenal he found his level at the top of the non-league game.

Born 19 September 1930 in Woking, Geoff was noted playing for Chase of Chertsey, Arsenal’s nursery team, after which he was signed by The Gunners on 6 June 1948 at inside right. However, he spent most of his affiliation with the club on National Service in the RAF.

He played four games in the Arsenal’s ‘A’ team, scoring two goals on his debut in a friendly against Runwell And District Youths on Boxing Day 1948, followed by games against Gorleston in the Eastern Counties League and Crystal Palace in the London Midweek League in 1949-50 before making his final appearance the following season against Watford, again in the London Midweek League. 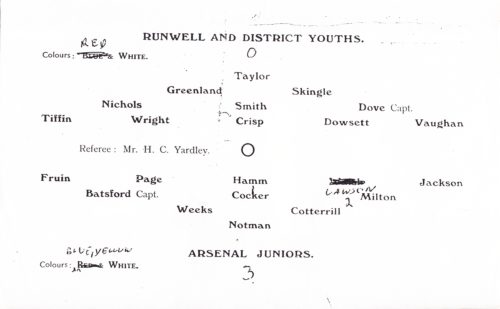 Hamm joined Woking in 1950, making 261 League and Cup appearances as inside forward scoring 113 times, and was part of the Cards’ FA Amateur Cup winning team in 1958. Following this Wembley triumph he moved to Wimbledon a few months later swiftly cementing his place in a dominant Isthmian League side and gained another Amateur Cup winners’ medal with them in 1963 as vice-captain. But when the club went semi-professional in 1964 he was deemed too old to be offered a first team playing contract. However he remained at the club managing the reserve team, and playing occasionally with the reserves for another couple of seasons as an amateur.