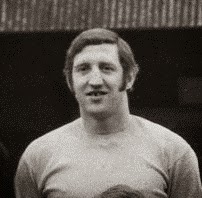 A record scoring youth team player who went on to appear for Hereford in one of the most famous FA Cup giant-killing games of all time.

Born 20 October 1942 in Bushey, Meadows was brought up in Islington, and he was an Arsenal fan from childhood.

Billy joined Arsenal on 12 May 1958, signed as a schoolboy by assistant manager Ron Greenwood. He made his debut in the South East Counties League on 23 August 1958 against West Ham, playing as a half-back. He switched between the midfield and forward line throughout this first season in the youth team, finishing with 18 goals in 36 games.

His second season saw him bloom into a free-scoring forward. On 12 December 1959 he smashed eight goals past Southend United in a South East Counties League game – the most goals scored by an Arsenal player in one game at any level. Unfortunately for Billy, these goals were removed from the records when Southend withdrew from the league later in the season. He finished the season with 21 goals in 28 games having missed six weeks due to injury, and with a South East Counties League Cup winner’s medal. 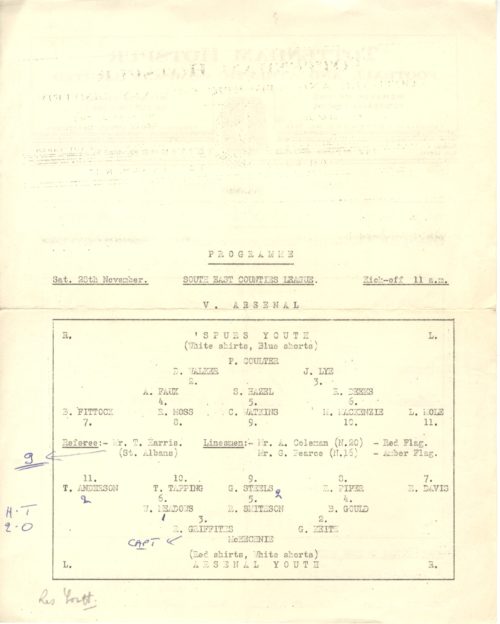 By 1960-61 he was too old for the youth team and played in just three games for the ‘A’ team before being sent out on loan to Ramsgate Athletic of the Southern League on 23 September 1960. In two of his final three games for Arsenal he scored three and four goals.

His final appearances and goal tallies for Arsenal were:

A season later he was let go and joined Yiewsley of the Southern League in the summer of 1961.

He lost interest in football after being effectively rejected by his boyhood team and drifted away for a couple of years before he was asked to join Hastings United. He played there for a number of years before moving to Southern league Barnet in July 1968. A prolific scorer at non league level regularly topping the team charts, but he was often injured owing to his rumbustious and no nonsense way of playing.

He scored 37 goals in the 1969/70 season, and after a dispute over wages was snapped up by Southern League Hereford United in July 1970 for £300. His time at Hereford was exciting as a top non league side their cup run in 1971/72 was highly publicised and made the news countrywide, catching the interest of the nation. He played as centre forward for Hereford when they beat Newcastle 2-1 in the FA Cup 3rd Round in February 1972, though he had been side-lined with injury in the run up to this tie. The run ended at West Ham where Billy plied his trade against World Cup winning captain Bobby Moore in front of 42,000 fans.

Back at Barnet for the 1972/73 season, he also turned out for FC Ostend in Belgium, and Willesden in the early/mid seventies. Billy was made player manager at Barnet in 1975/76, and played for them until the end of the next season scoring 94 goals in 192 games in his time at Underhill. While manager the club took on Jimmy Greaves then in the twilight of his career, but results conspired against him and was moved on as manager in late 1978. He turned out briefly for Kingsbury Town in the summer 1979 and after football became a cab driver.

Barnet: Look Back In Amber