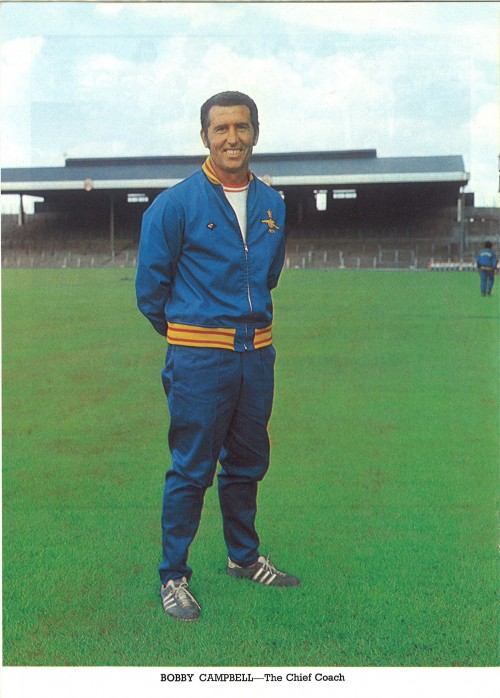 Much travelled manager and coach who served Arsenal in a coaching capacity under Bertie Mee.

Born in Liverpool on St George’s Day 1937, he was a wing-half who won England Youth caps before making his debut for Liverpool in 1958.

After 24 appearances Bobby left Anfield for Wigan Athletic, and found his way to Portsmouth in 1961. A cruciate ligament injury meant he only played 64 matches for the club in five years, and after a brief period with Aldershot he ended his playing career in 1967.

He soon made a reputation as a coach, with stints at Portsmouth between 1967-71 and at QPR 1971-73, who were promoted to the First Division.

In September 1973 Steve Burtenshaw quit as Arsenal coach and Bertie Mee persuaded Campbell to take up the vacant position. In a twist of fate, a few days later Burtenshaw took up Campbell’s role at QPR. 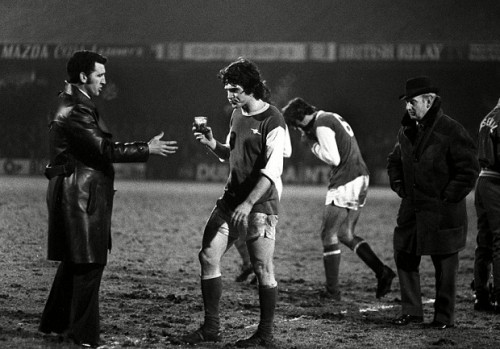 Sadly his term at Highbury coincided with the worst team in living memory who also flirted with relegation. Following Bertie Mee’s retirement at the end of the 1975-76 season, the Arsenal players lobbied for Campbell to take over as manager.

However, Terry Neill was given the job and Campbell moved to West London to  become coach at Fulham. Promoted to Fulham manager in December 1976 it was an exciting time as George Best, Rodney Marsh and Bobby Moore were at Craven Cottage, but the potential was not fulfilled and he left in October 1980.

He went to Aldershot as Assistant manager and in 1982 back to Fratton Park. As manager he steered Portsmouth to the Third Division title in 1983 – allowing the players to go drinking with the fans as part of his “You can’t win anything with choirboys” philosophy.

Campbell then coached in Kuwait before joining Chelsea. As Chelsea manager from 1988 he won the 2nd Division title in 1989, but in 1991 was appointed personal assistant to chairman Ken Bates after his manager’s role ended at Stamford Bridge.

Off to coach in Kuwait again, he then settled in Florida where his son was a tennis player.

In retirement he lived close to Chelsea’s ground and Campbell became part of owner Roman Abramovich’s inner circle over the last decade, noted as being a football influence on the Russian Oligarch.