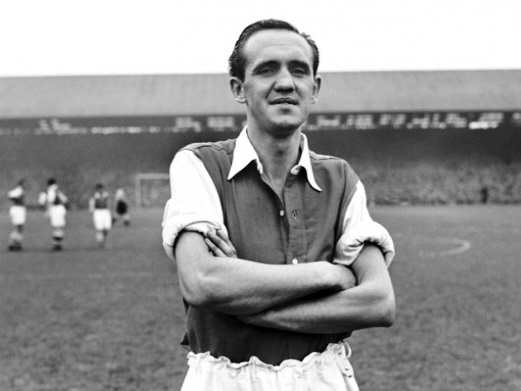 Arthur Shaw was the 432nd player to appear for the Gunners. He was a League championship winning practical joker who was a versatile and valued squad player between 1948 and 1955

Arthur was born in Limehouse, East London on 9 April 1924. After playing for East London Schools he joined West London amateur side Hounslow Town in 1941. Shaw soon went to Loftus Road as an amateur in 1941-42, moved to Southall in 1945, and then Hayes in late 1945.

Additionally, in the transitional wartime season of 1945-46 he guested for Hounslow Town where his talent was noted by Brentford secretary-manager Harry Curtis. At Easter 1946 he toured Holland with an England Amateur XI, and soon after turned professional with Brentford, signing for the Griffin Park club on 9 May 1946.

He made his debut for The Bees in November 1946 against Bolton Wanderers. After four league appearances at Griffin Park he was signed by Tom Whittaker and joined the Arsenal on 12 April 1948.

On 31 August 1949 Shaw made his debut at home to Chelsea, and in November 1950 was picked for an FA XI versus the Army at Highbury

Shaw played mainly as a reserve wing half while at Arsenal as the consistency of Alex Forbes kept him out of the first team. However in 1952-53 he appeared in 25 league games, coinciding with the best form of his career which made him the starter at right half. In the process he earned himself a League Championship winners medal.

His final Gunners match was in the season opener on 21 August 1954 against Newcastle, and in 61 competitive first team games he failed to trouble the scorers. Of these matches only four were FA Cup ties: in 1950 he played no part in the FA Cup winning campaign and in the 1952 FA Cup final he was kept out the team by Forbes.

He was a regular in the Football Combination side playing 125 and scoring 10 goals, and nine games in the London FA Challenge Cup saw him gain a winners’ medal in 1954-55.

While at Arsenal this comedic and effervescent practical joker was greatly popular with team mates, and his japes were accepted by the management as a morale boosting exercise.

Arthur left Highbury for Watford on 13 June 1955 and later played for non-league Gravesend, captaining their 1957-58 Southern League title-winning side under the management of former Arsenal colleague Lionel Smith.

Living in Hounslow for many years after retiring from football, he later moved to America to be with his daughter. A guest of the Gunners he was invited on to the pitch to take the crowd’s applause together with his daughter, at Highbury in April 2004. His flag flies on the Ken Friar Bridge – the Gunners’ executive director being a long term friend. 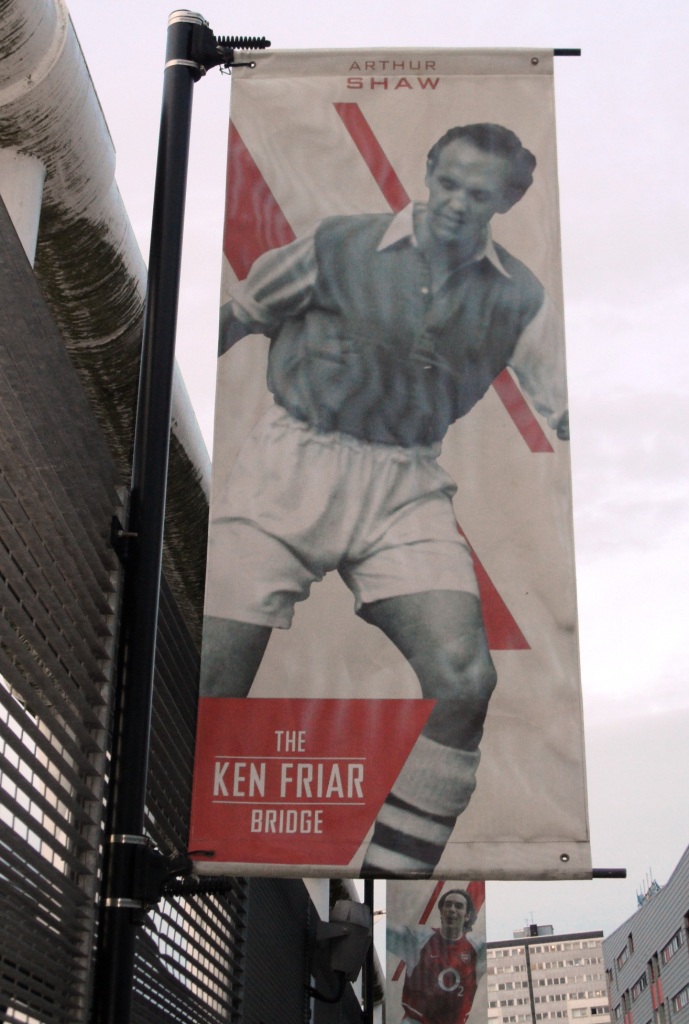