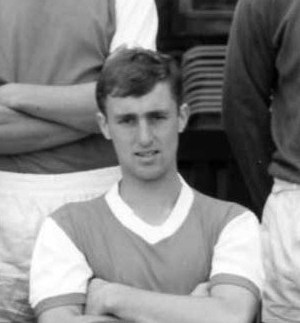 Barrie Gould was taken on by Arsenal as a youth player, but was transferred to find his feet at various non-league clubs most notably Worcester City.

Gould appeared in the reserve and junior sides as a centre forward or inside right. He made 35 reserve and 145 A team & youth appearances scoring 12 and 77 goals respectively. In 1959-60 he won a South East Counties League Cup winners medal, scoring two goals in the final. He also played alongside Ian McKechnie in the 16-1 win against Southend.

A transfer to Chelsea on 5 February 1964 was a prelude to moving to Third Division Peterborough United in July 1965 to obtain League football.

While there he scored three times in 22 first team appearances for the Posh, and had a trial with Bristol Rovers, before moving on to Worcester City in October 1966.

Earlier, in April 1966, he had returned to Highbury to play in the Peterborough reserves as they were beaten 5-2 by an Arsenal reserve team including Jimmy McGill and Jon Sammels.

Gould went on to enjoy four distinguished seasons at Worcester, including a spell as club captain, as he led them to the Southern League First Division championship in 1967-68. He played 188 first team appearances  scoring 44 goals for Worcester. 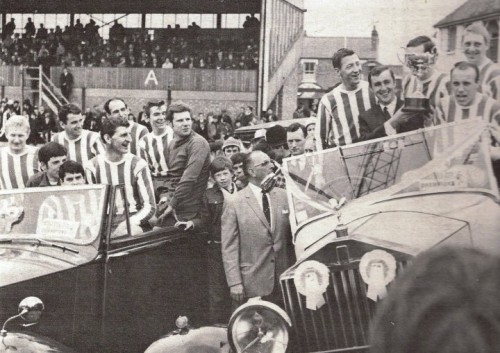 “There’s cars on the pitch!” – Barrie Gould in suit and holding the Southern League Trophy

Given a free transfer in 1970, he joined Dover Athletic, where he won a Kent Senior Cup winner’s medal, before appearing for Guildford City, Cheltenham Town and then ended his playing career at Burnham as player/manager.

Noted as a great team leader on and off the park, he became a skilful non-league right sided midfielder with accurate passing skills and a reputation as a reliable penalty taker.