With Arsenal hosting the international friendly between Brazil and Chile this afternoon, we thought we would put together a list of international games played at Arsenal.

Prior to 1913 Arsenal’s grounds had never been considered suitable venues for international matches, the main reason being the inaccessibility of Plumstead, even though between 1890 and 1893 the club played at one of the country’s best grounds.

The first such game that Arsenal hosted was on 15 March 1920 when England played Wales at Highbury. Wales won 2-1, and this would be the only time that England tasted defeat at an Arsenal ground. 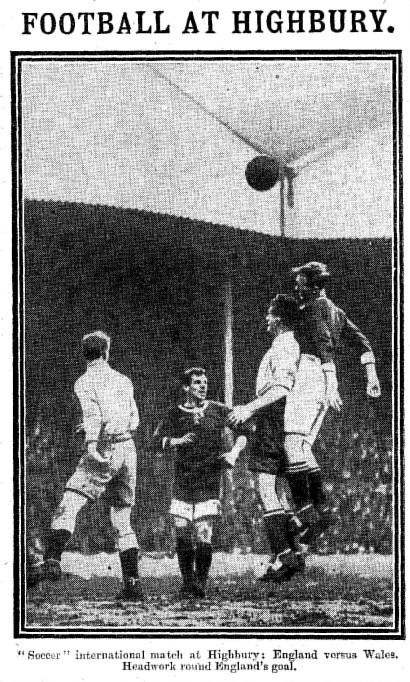 The next international game at Highbury was a “first”. England played Belgium on 19 March 1923, with the Belgians being the first continental opponents to play in England.

Prior to the early 1950s England played their home games at a variety of venues throughout the country; Wembley was only used when they played Scotland every other year in the Home Internationals. Arsenal have hosted more England games than any other London football team, a record which is equalled by Everton and surpassed only by Manchester United in the provinces. United hold the record by virtue of the number of games played at Old Trafford whilst Wembley was being redeveloped.

The last full international at Highbury was England v Luxembourg in 1961 in a World Cup qualifier. The whole programme is available to read by clicking on the cover below. 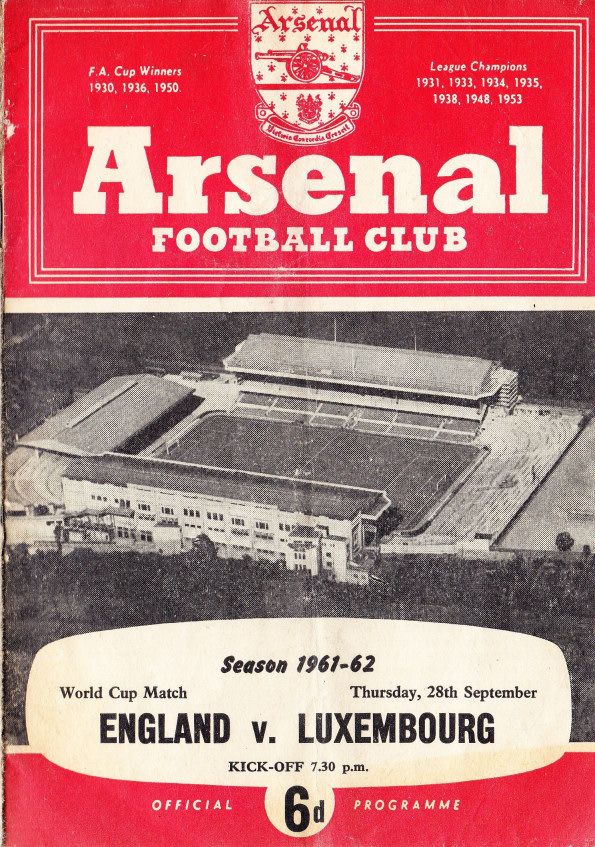 I remember reading years ago that Highbury was not considered as a 1966 World Cup venue as the pitch was one yard too short.

In addition to the above list, a number of other non-senior international matches were staged at Highbury. Hopefully they are self-explanatory. If not, leave a comment.

In 1953 the FA instigated a game between a senior England team and one consisting of younger players, often the under-23 team. This game was generally held on the eve of the FA Cup final. It ran until 1968 and was usually played at Highbury, with Stamford Bridge hosting the others. This was quite ironic as this was quite a barren period for Arsenal players representing England and very few Arsenal players played in these games.

Arsenal have also played a number of friendlies against international teams. The first was against a Canadian touring team in 1891, although technically they were a Canadian-American team.

The next two games were against the Austrian and Swiss national sides but had to be billed as a Vienna XI and Swiss Wanderers as international teams were not allowed to play club sides. 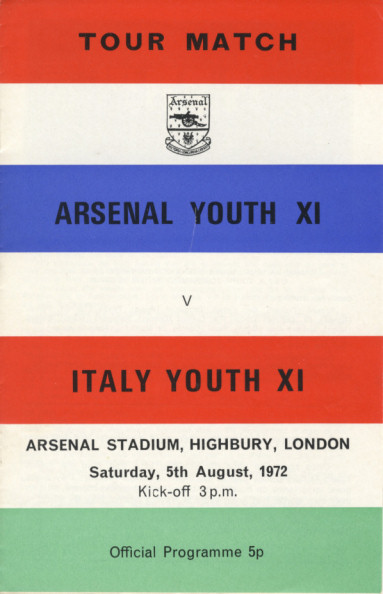 A number of games were played at London Colney behind closed doors, most notably on 4 February 1975 against an England XI. England won 2-0 with both goals scored by Arsenal players – Brian Kidd playing for England and a Terry Mancini own goal! 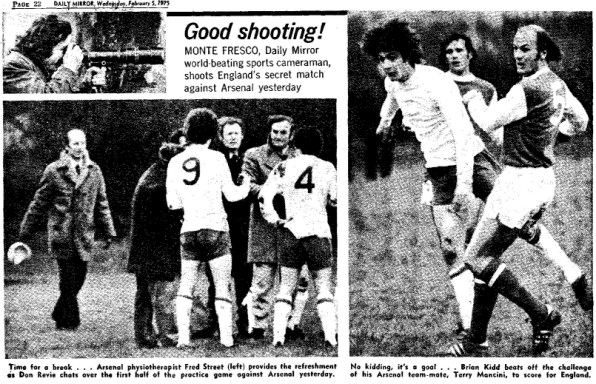 Monte Fresco – what a name!

We’ve not included these as the records are difficult to find due to the lack of public access.

2 thoughts on “International Matches at Arsenal”