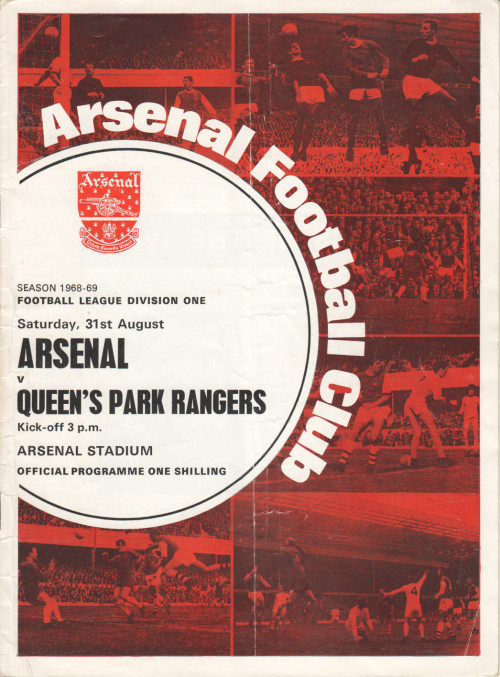 Arsenal started the match in top spot fresh from their largest home win of the season, a 4-1 midweek thrashing of reigning Champions Manchester City, while QPR were playing in only their seventh game in the First Division. QPR were hampered, as they had been all season, as their star player Rodney Marsh could not appear owing to a broken toe sustained in a pre-season friendly. Additionally, they had Roger Morgan missing with injury, while Arsenal had no such worries and were able to pick the same players for the fifth straight game.

For a team that had let in ten goals in their first three matches, QPR defended well in the first half and, in a rare counter attack in the 23rd minute, almost opened the scoring as Barry Bridges opened up the Arsenal defence only for Bob Wilson to save well from Mick Leach. 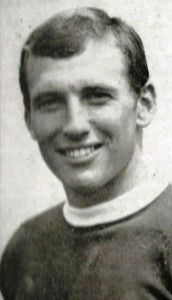 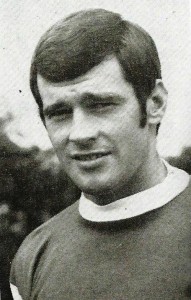 Arsenal dominated territorially and had endless possession which manifested itself in corner kicks and assaults on the QPR goal, but, aside from Bob McNab and Peter Storey both overlapping from full back, the incursions were well stymied by an experimental defensive line as Rangers played Tony Hazell in the sweeper role.

Just before the break Storey headed off the line from Ian Morgan to give Rangers some hope for the second half. This was snuffed out in the 54th minute when a David Jenkins corner was headed in by an unmarked ‘man of the match’ Frank McLintock, past Mike Kelly, from 15 yards. 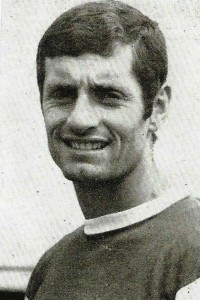 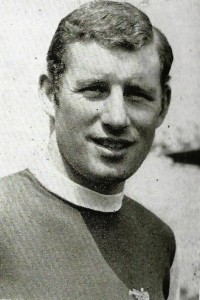 On the hour the best move of the match led to Arsenal’s second goal. A 5 man move involving Terry Neill, McLintock, Jon Sammels & Bobby Gould found John Radford just inside the penalty area, only for him to be clattered from behind by Allan Harris. Neill put the spot kick away though Kelly almost saved it, getting a hand to the ball.

In the 66th minute Leach, who had been clashing with Storey all afternoon, was subjected to a crunching tackle by Neill and added to Rangers’ injury woes as he had to be replaced by Alan Wilks. From the resultant free-kick, taken by Les Allen, the ball ended up at Wilks’ feet and his first touch of the game ended in the back of the net.

This strike, though reducing the arrears, did not transform the game as the rest of the entertainment consisted of Arsenal constantly pressing, and Kelly pulling off a number of saves to deny the Gunners a larger win.

Bill Dodgin, the Queens Park Rangers’ manager commented on his revised tactics for this match after his team had previously only picked up 3 points in seven games: “I went defensive with the greatest reluctance. I thought the methods used to win the Third and Second Divisions might succeed in the First Division. I have to admit I was wrong playing tight at the back is obviously the only way to succeed against the top clubs.”

Chairman Denis Hill-Wood said of the chance that the players had to add to their basic £60 – £150 per week wages: “If our players can keep up their fine start to the season they could become much better paid than those at any other club. We have a complicated wage structure that gives the players every chance to collect high rewards for success. When they play away from home their wages are worked out according to their position in the table. At home it is the size of the attendance that matters.”

As a result of this match Arsenal remained on top of the League, while Rangers remained mired in the relegation zone dropping to bottom place.

On the same day, Gary Sobers created history by knocking six sixes in an over off Malcolm Nash for Notts against Glamorgan.

Arsenal finished the season fourth and, in fact, were never lower than this at any point in the season. However, of the games against the other top five teams, their only win was a 3-1 home victory over third placed Everton.

QPR were not to gain a win until their 13th game of the season, coming at home against Ipswich. They only won four league games all season and were condemned to relegation long before the season ended.

Before the 1968-69 season started, QPR manager Alec Stock was taken ill which led to Bill Dodgin, who was the coach at the club, being made acting manager. Dodgin lasted until November, when he was released and replaced by Tommy Docherty who was gone within a month, and the rest of the sorry season was overseen by senior player Les Allen.

During 1968-69 Arsenal completed a home and away League double over Spurs and also beat them 2-1 on aggregate in the two legged League Cup semi-final. Unfortunately, the final was not as good owing to the Gunners losing 3-1 to Swindon in March 1969.

Two seasons previously QPR had a far happier experience at Wembley as they won the League Cup 3-2 in March 1967, which remains their only major trophy. This was the first time a Third Division team had won the League Cup, the second team to achieve this feat was Swindon.