Interpretations of Arsenal’s Election to the First Division 1919

The keen of mind will have noticed that in the first part of this article, the name Sir Henry Norris was not mentioned once. This was because he played little part in the process of the election. In fact the really keen eyed would have noted that sitting on the committee of the Football League meeting was William Hall, equal partner in the Arsenal leadership. Equal, but much quieter. The pair took over Woolwich Arsenal in 1910, moving the club to Highbury and, eventually, bringing in Herbert Chapman.

While Norris was happy to take all the plaudits and be the front man, Hall often gets ignored as he remained in the shadows, but he had been on the Football League management committee since 1912. It is far more likely that he, and not Norris, was able to combine with the Catton propaganda and subtly influence the football elite who were eligible to vote. 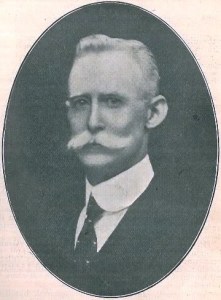 It is very difficult to pinpoint exactly when the rumours started about Norris’ role in the Arsenal election of 1919. Certainly, nothing appears to have been mentioned prior to the end of the Second World War. What is not so difficult are the type of people who have been portraying the Gunners chairman as some sort of cheque booked Machiavellian genius.

Firstly, Tottenham fans whose argument is “well, he must have”. When asked to provide any positive evidence they simply repeat the same tired old mantra. Over the years the events of early 1919 have been told in many club histories and general football histories. As is usual, the story has been manipulated, added to and exaggerated.

Tottenham fans have taken over this part of Arsenal’s history and have stated that there must have been something underhand about Arsenal’s election. There MUST have. And the usual accusation is that Norris bribed officials from other clubs to vote for Arsenal. This is generally supported by the “fact” that Norris had laid out £125,000 in moving Arsenal to Highbury and the club still owed him £60,000 after the end of the First World War. A place in the First Division was required to bring in good crowds to help pay off this debt.

Secondly, those who are trying to sell a book by sensationalising the events. Their version of events are generally discredited when they get some of the basic facts wrong, e.g. that Norris proposed the vote at the meeting on 10 March 1919 when it had already been decided that it was on the agenda. The sums of money mentioned above have been also been wildly exaggerated – an inspection of the club’s accounts proves this.

Indeed one Arsenal history book (written by a Spurs fan) desperately states that Norris was aided by the Arsenal manager, Leslie Knighton. The special meeting was held on 10 March 1919, whereas Knighton wasn’t appointed manager until the middle of April 1919. He also says that Norris managed to secure a vote at the meeting which wasn’t true. How much more of his account can be trusted?

At this rate, Norris will eventually be accused of collaborating with the Liverpool and Manchester United players in 1915 to engineer the whole situation!

Additionally a third strand has been found in the archives, that of the apparent pro-Arsenal journalist. We won’t embarrass him, but this was what was stated in a premier Sunday national paper in 1984, in an article about directors at football clubs in general:

“Who fiddled Arsenal into the First Division in 1919 when the League was expanded and Spurs, consigned to the Second, had finished above them in the last pre-war season? That most roguish of rogue elephants the bald bully from the City, Sir Henry Norris.” 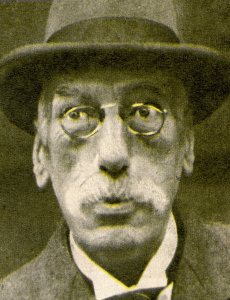 Such purple prose aligning to the re-writing of history, but what of the allegations of bribery by Henry Norris? What proof is there that nothing underhand took place?

In all of our research we have never come across anyone from within the game of football who said that Henry Norris offered them money to vote for Arsenal on that day in 1919, nor anyone who said that they believed that he may have done so. All the contemporary newspapers report the event with a marked lack of sensationalism.

Football circles were used to elections, and this was just that, a valid election similar to many which had been going on since Queen Victoria’s reign.

Indeed, there were numerous opportunities for people to come forward and discredit Norris, especially in 1927 and 1929. However, while the FA charged Norris and removed him from football on a seemingly endless charge list – fronted by the proceeds of the sale of the team bus – the 1919 event was NEVER raised at any time.

There have been no death bed confessions from those that were allegedly bribed, no accusations from those that were approached by Norris and then voted for one of the other teams, nothing from Norris himself when he felt that he had been libelled by the authorities in 1929. He could have taken down some big names with himself when he was banned from English football.

Norris had spoken out before the war about the Liverpool v Manchester United game which he believed had been fixed. Surely any attempt of bribery would have had his peers shouting “hypocrite!” in 1919, but no one did. A total and utter lack of any solid evidence.

Why did so many clubs vote for Arsenal rather than Tottenham? The “argument” that Norris talked the meeting into holding a vote on the day is nonsense as seven clubs had put themselves forward in advance of the meeting, and Tottenham had started lobbying their peers as early as January. Whatever happened on the day gave no reason to support anything underhand as the Tottenham representative would surely have mentioned it.

This is an event in Arsenal’s history that has been hi-jacked quite recently by Tottenham fans who are unable to accept that Henry Norris and Arsenal did nothing wrong in the early part of 1919. Arsenal were a very popular club and, as the election shows, far more popular than Spurs, and their shrewd lobbying of the sports newspapers and influential football elite saw Arsenal elected into the First Division.

If anyone can show us any evidence that Henry Norris bribed any official from any other club we will donate £100 to that person’s chosen charity.

In fact the reason Arsenal were victorious in 1919 was down to the actions of one very influential journalist, and this was acknowledged by our greatest manager. Eleven years after the election, in April 1930, a week prior to Arsenal’s first trophy, Jimmy Catton, the leading authority on sports in that era, gave a lecture in Hornsey entitled “Football, where from, where to?” Chairing the meeting was Herbert Chapman, who introduced Mr Catton to the expectant audience as:

“The man who got Arsenal into the First Division”. 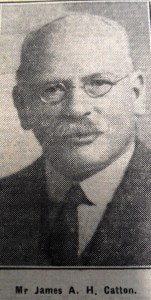 This is part two of a three part series.

Part three: Why Don’t Tottenham Have Any Footballing Friends?