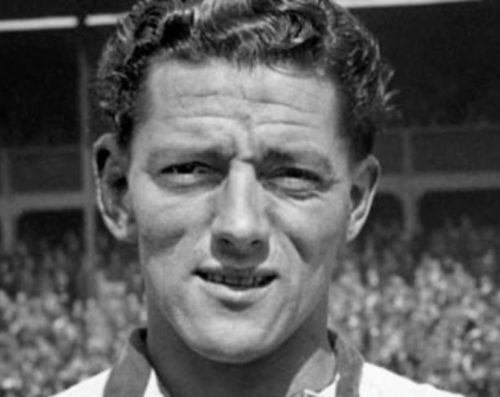 The 414th player to appear in the first team, Alan was a short term post-war winger whose early career was blighted by the Second World War.

Born in Newcastle on 15 October 1921, Alan joined Arsenal as an amateur after demobilisation from the Army in May 1946 and was given an early chance on 4 May 1946 by George Allison to show his pace down the left wing in the Gunners final wartime game against West Ham in the transitional season of 1945-46. 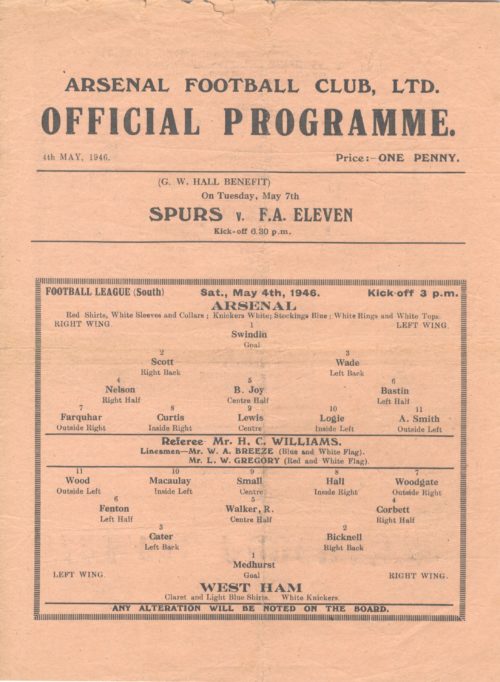 Signed as a professional soon afterwards, Alan’s debut was at home against Sunderland on 7 September 1946 in the third League game after the war had ended. Smith could not hold down a starting spot in the Arsenal side that struggled for much of the 1946-47 season. One of the many left sided forwards tried in place of the retiring Gunners’ legend Cliff Bastin, Smith was signed by Harry Curtis and moved to Griffin Park on 13 December 1946 after three first team competitive appearances for Arsenal. He also played in 17 reserve team games, scoring three goals which was enough to see him awarded a Football Combination winner’s medal.

He spent much of his time in the Brentford reserves and after 17 first team matches Smith left in July 1949 to join Leyton Orient. In the early fifties he moved to Kentish non-league sides Tonbridge and Ashford.

Post football Alan’s work included time spent in a Uranium mine in Canada, as a painter/decorator and for the London Electricity Board. Alongside his wife Joan, who he met during the Second World War, he was a medal-winning ballroom dancer, and in his spare time would also teach children football in the park behind his house.

In his later life, Alan was diagnosed with Alzheimer’s disease and the winger died aged 97 on 27 May 2019.