Mel Charles was the 476th player to appear for Arsenal. A Welsh international captain, he was at home at centre forward, centre back or wing half. A free scoring versatile player his time at Arsenal was marred by injury.

Born on 14 May 1935 in Swansea he had both the fortune and the misfortune to have an exceptionally talented elder sibling John, who was seen by many in the game as the best player of their age. This led to comparisons and for Mel to be often seen just as the ‘younger brother of John Charles’, rather than as a high quality player in his own right.

After John Charles signed with Leeds, Mel followed him to Elland Road on the ground staff but he returned home quickly and signed for Swansea making his debut in 1952. He regularly played against his brother in the mid 1950s as Swansea and Leeds vied with each other in the 2nd Division.

Mel served his National Service in the Army, while continuing to play for Swansea and in December 1953 played a large part in Southern Command winning the Army Command final. In March 1954 he scored four goals against the Navy, and in January 1955 he scored twice against the French Army in Paris.

He made his Wales debut in April 1955 in Belfast alongside his brother, and both the Allchurch brothers, while Jack Kelsey was keeper. Between 1955-1963 Mel played 31 times for Wales and was in the team that reached the quarter final of the World Cup in 1958, where he managed to swap shirts with a young Pele after the game against Brazil. Scoring a total of six for his country, 4 of these goals came in one game against Northern Ireland in 1962!

In September 1957 he asked Swansea for a transfer but they kept him until he became really hot property in 1959 when Chelsea, Spurs, Newcastle and Leicester all became very interested in him. 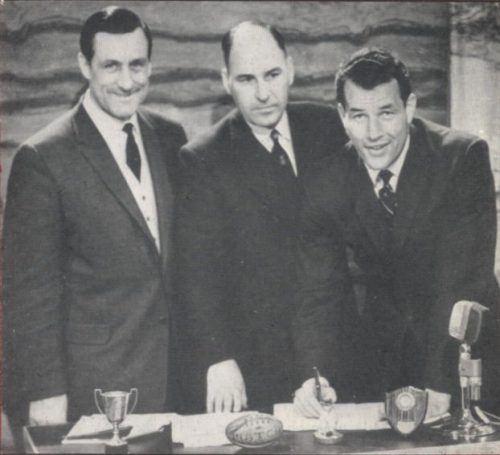 Eventually after a long drawn out episode he signed for Arsenal in 26 March 1959 for £45,000 then a record total for a deal between British clubs. However Mel was not allowed to play any competitive games for the rest of that 1958-59 season as the transfer deadline had been missed, and he made his club debut in a reserve game on 4 April versus Charlton.

His first team debut came on the opening day of the 1959-60 season at home against Sheffield Wednesday.

George Swindin’s plans to build the team around him were dashed as injuries plagued Charles at Highbury. Just a few games into his career in September 1959 he picked up a serious cartilage problem in his left knee leading to an operation which saw him being out of action for 2 months.

It never really healed as most games ended with his knee swollen, and on 2 April 1960 it flared up again so badly that he could only manage one more game that season. Indeed he was not able to properly play again until late October 1960.

He was however able to appear in adverts for Remington Electric shavers, as he set up an agency for his financial well being outside of football. Earlier his agent had been banned by the FA from negotiating during the transfer wrangle.

In all he only appeared in 21 games in his first season in North London, and 20 games the next season, as his knee injuries persisted and he was to have three operations for various injuries in his time at the club.

The move did not work for either party and by the end of his second season rumours were rife of him joining his brother in Italy, but they came to nothing despite him going on the transfer list in the summer of 1961.

He moved back to Wales for Cardiff City on 22 February 1962 for £28,000, was reunited to play with his brother and stayed there until 1965. Spells at non league Porthmadog, Ostwestry and Haverford West were interspersed with a brief return to League football with Port Vale in 1967.

After he finished playing in 1972, despite his far-sighted agency idea he had little money and took jobs as a shoe salesman, scrap metal dealer, butcher, and potato merchant. He also had knee replacements in both legs. His son Jeremy played for Wales in the 1980s.

In 2009 he wrote an autobiography entitled “In the Shadow of a Giant”, the title being a reference to the centrality of his brother in Mel’s football career.