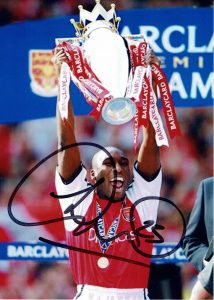 Sol Campbell, at the centre of a controversial free transfer from Spurs over the summer, was unable to make his debut until the fourth pre-season game owing to an ankle injury. This was to be his first match in three months as he eventually made his first appearance in the red shirt with white sleeves on 30 July 2001 against Real Mallorca in Austria.

He came on as substitute for Igors Stepanovs in the 80th minute with the Gunners already two up and cruising to an easy win. Arsenal took the lead in the 29th minute with an own goal by Mallorca’s Fathih Akyel, who scored after being pressured by Dennis Bergkamp, and a clean strike in the 71st minute by Giovanni van Bronckhorst completed the scoring.

Campbell said of his move to Highbury:

“It’s like starting all over again for me. It’s exciting. You need challenges in life, so I’m going to work hard and go from there, step by step. I feel at ease and the lads have made me welcome”.

Additionally this game saw the first appearance of goalkeeper Richard Wright, a recent signing from Ipswich, who started the match and shared the keeping duties with Alex Manninger. 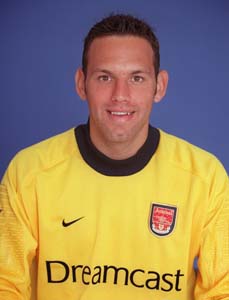 At the end of the 2001-2002 season Sol’s move paid off as we were able to chant at Spurs who still to this day  gnash their teeth whenever he is mentioned.

SOL CAMPBELL HAS WON THE DOUBLE

AND THE SCUM FROM THE LANE

HAVE WON FUCK ALL AGAIN

SOL CAMPBELL HAS WON THE DOUBLE”

…And to Manchester United as we won the league at Old Trafford.

UNITED WILL WIN FUCK ALL,

WHILE THE COCKNEY REDS ARE GOING OUT OF THEIR HEADS

MAN UNITED WILL WIN FUCK ALL’