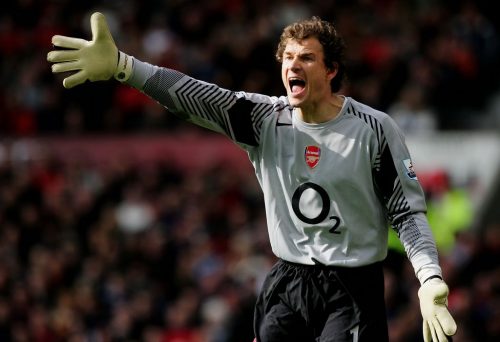 This game was played on 29 July 2003 in bright Austrian sunshine as a warm up between the reigning Turkish League champions and English FA Cup holders.  This was Jens Lehman’s first game for the club after being signed from Borussia Dortmund to replace David Seaman.

The only real Besiktas effort in the first-half was from Daniel Pancu who shot just wide after a short corner, forcing Lehman to cover his post by diving swiftly to his left. Following this exertion, he did not have a decent save to make in the goalless first half. He was replaced by Stuart Taylor during the break and flew home to Germany before re-joining the Arsenal squad for the rest of the pre-season training programme in England.

A shake-up in personnel occurred at half-time as ten players were substituted – six by Arsenal and four by Besiktas, and the only goal of the game was begun by one of the new players. In the 48th minute Arsenal triallist Gael Clichy fed Freddie Ljungberg who went on a long run into the area. Once he had bamboozled the defence he rolled the ball incisively to Bergkamp who was able to knock it into the net past Cordoba from close range.

For more details of this game please see our Classic match report of this friendly against Besiktas.