Arsenal: We Won the League at Ayresome Park – 1935

The first two of these triumphs were gained at the home of Chelsea, Stamford Bridge. The third and final triumph was also won away, at the home of Middlesbrough. 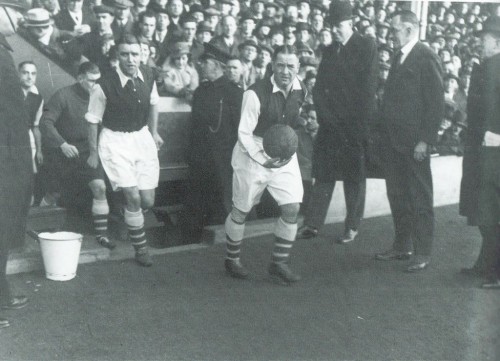 Undefeated in their previous twelve league games, and having led the First Division since the New Year, a win for Arsenal, along with Sunderland failing to win, would make The Gunners champions.

A heavy schedule had taken its toll and they would have to do without the services of Eddie Hapgood, Herbie Roberts and Cliff Bastin who were all injured. Middlesbrough goalkeeper Joe Hillier missed his first game of the season having been made the fall guy for the 0-8 loss at Highbury three days earlier, a game in which Ted Drake hit four.

Although the two teams were at opposite ends of the table, the opening exchanges were very even. Ray Bowden tested Fred Gibson early on whilst Bob Baxter earned the crowd’s appreciation after cutting out a pass from Alex James that would have put Drake through on goal. At the other end Joey Williams twice tested Alex Wilson in quick succession.

After just six minutes Arsenal got the goal they so desperately wanted. This time James managed to thread the perfect through ball for Drake who left the Middlesbrough defence in his wake. From just outside the penalty area he lashed an unstoppable shot into the top corner of the net despite the efforts of the advancing Gibson. 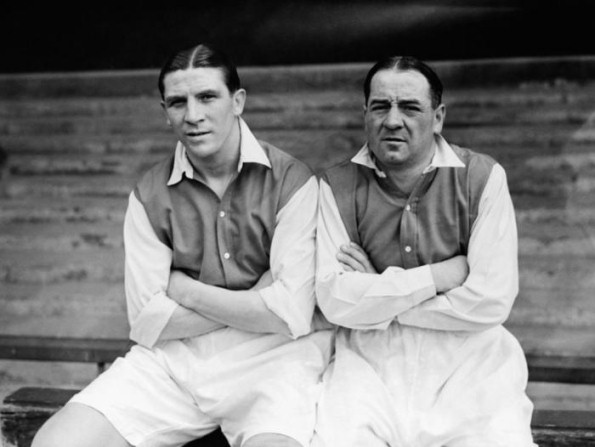 Following the goal it looked like Arsenal were going to hand out another thrashing with Pat Beasley, Tim Rogers and Ray Bowden giving the Boro’ defence a torrid time.

The home team then composed themselves and managed to push forward. Unfortunately their forwards had left their shooting boots at home as George Camsell, Tim Coleman and Freddie Warren all managed shots but none proved effective.

The second half saw Middlesbrough play some scintillating football, defiant of their league position. At times they swarmed around the Arsenal goalmouth, the forwards lining up to take shots. However, Arsenal had the meanest defence in the First Division for good reason and held fast.

Middlesbrough didn’t have it all their own way, though. Arsenal’s midfield played the perfect game, aiding the defence and providing the attack with ammunition for James to display his wizardry.

Neither team managed to find the net in the remainder of this exhilarating game, and the final score was 1-0 to The Arsenal.

At Preston, Sunderland could only draw and, so, Arsenal were crowned champions for the third successive season, a feat that would not be repeated for 50 years.

No one was happier than George Allison, born close to Middlesbrough he was for a brief time before moving to London the ‘Boro assistant secretary manager, and he had managed the Arsenal to win the league in his first full season in charge

Arsenal chairman Sir Samuel Hill-Wood: “Next season we shall try to surpass the record we now hold with Huddersfield of three consecutive championships.”

“Without doubt it was team spirit which brought us the championship this season. We had to play many reserves, but that did not matter, for every player did his best. Every man played splendidly.”

For this match at Middlesbrough the following injuries were apparent, which explains the Chairman’s comments:

Wilf Copping had been injured during the game versus Everton in mid March. He did not play in the rest of the season and in mid April was recommended for a cartilage operation by a specialist. Consequently he missed all of the Championship run in and was replaced by Frank Hill

Cliff Bastin was out for a number of games at the end of the season after the initial home game against ‘Boro. He was replaced by Pat Beasley.

Eddie Hapgood was out of this game with a septic knee. He was replaced by Bob John

Herbie Roberts too was missing. He was replaced by Norman Sidey

Joe Hulme and his deputy Alf Kirchen were both out injured, so Ehud Rogers took their place on the wing.

Links to the match or players:

Not only did referee Albert Fogg preside over the championship winning game, the following week he was the man in the middle for the FA Cup final.

Arsenal’s last two games saw them beat Leicester 5-3 followed by an uncharacteristic home defeat by Derby. The latter game saw the Highbury crowd swarm on to the pitch after the final whistle, calling for the winners.

This defeat left Middlesbrough in the relegation places along with Tottenham. A win and a draw in their final two games saw them climb above Leicester who dropped into the Second Division with the Middlesex club.

Arsenal were invited to a number of post season tours to many places including Moscow and Brazil, but instead the triple champions only close season game was at Norwich. On 6 May, two days after the season ended, they won the Norfolk And Norwich Hospital Cup by beating Norwich City 1-0.

In March, 73,295 had watched Arsenal draw with Sunderland at Highbury, the biggest ever crowd at Arsenal’s old home. This was one of three attendances over 70,000 at an Arsenal game this season.

The 74 goals scored at Highbury is the most ever registered by the club for a home League campaign. Overall Arsenal scored 115 goals in the league, and 124 if both FA Cup and Charity Shield are taken into account