I was lucky enough to have witnessed first hand the effect that Graham had on the team of the mid-1980s. However, I felt that Chapman was the greater of the two for a number of reasons.

Below are mine and John’s articles. I’ll leave you to decide who comes out on top. Click on each image to make them a readable size. 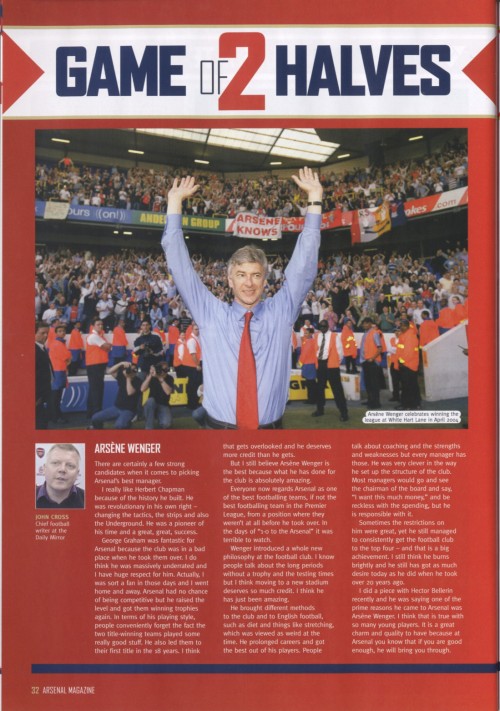 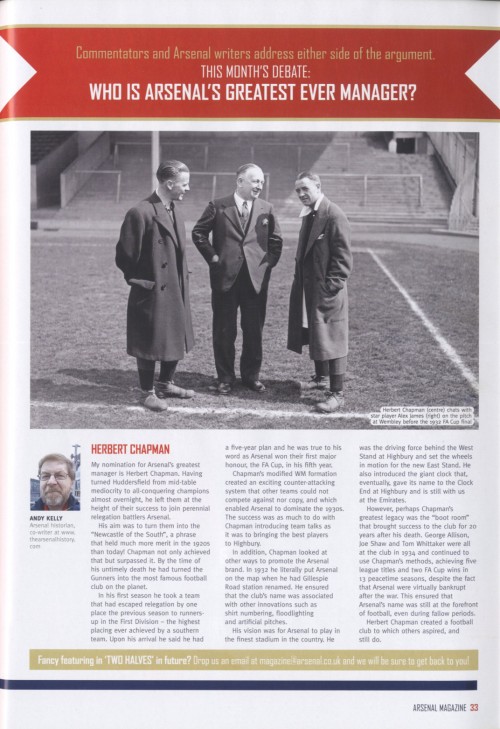 8 thoughts on “Who is Arsenal’s Greatest Manager”