To give you an idea of the difference in experience between the two teams, we’ve put together this table:

Former Arsenal apprentice Gary Lewin had been loaned in from Barnet as George Wood was the only fit goalkeeper at the club. None of the Arsenal players had any international caps, in fact most of them had no first team experience. It really was boys against men.

The Tottenham Weekly Herald tried to blame the defeat on the Highbury pitch and the swirling wind. 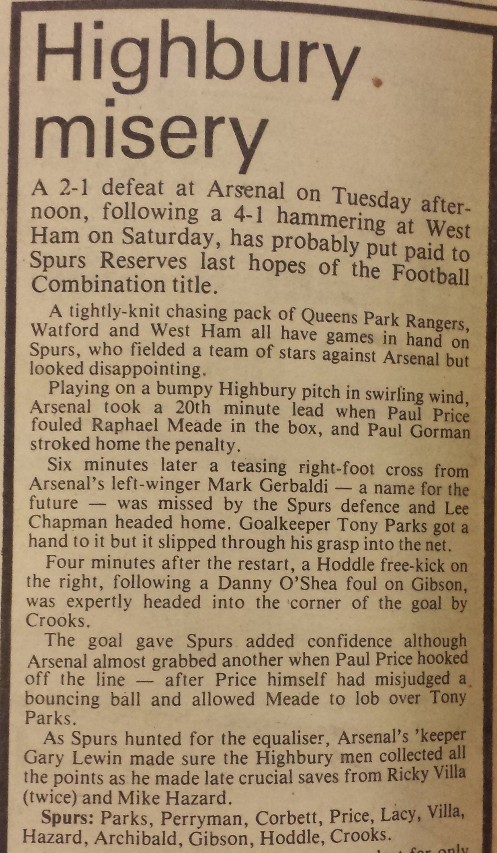 So, what do you think of Tottenham?