No doubt many of you will know that in April 1980 Arsenal had a massive fixture pile up caused by progression to the semi-finals of the FA Cup and the Cup-Winners’ Cup which coincided with the traditional Easter football fest. The situation was exacerbated by the FA Cup semi-final taking four games to come to a conclusion. At the start of all this, Arsenal had to play Tottenham on Easter Monday before playing Juventus at home on the Wednesday. Arsenal asked Tottenham if they could move the fixture, Tottenham refused so Arsenal fielded a weakened team and won 2-1.

However, this wasn’t the first time that an understrength Arsenal team had beaten an allegedly strong Tottenham team.

In February 1970 Tottenham were having some problems with a few of their “superstars” and dropped them into the reserves. 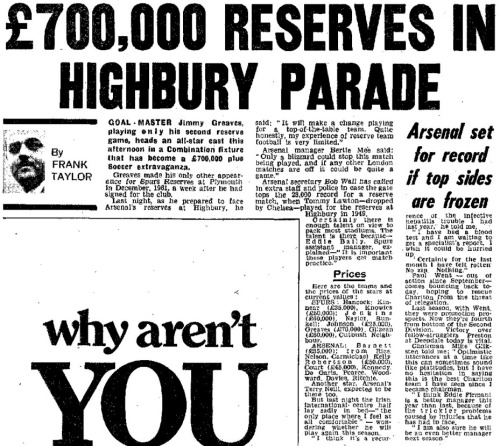 Arsenal fielded a relatively inexperienced team. The programme showed Terry Neill at centre back but he was taken ill and replaced by John Woodward. 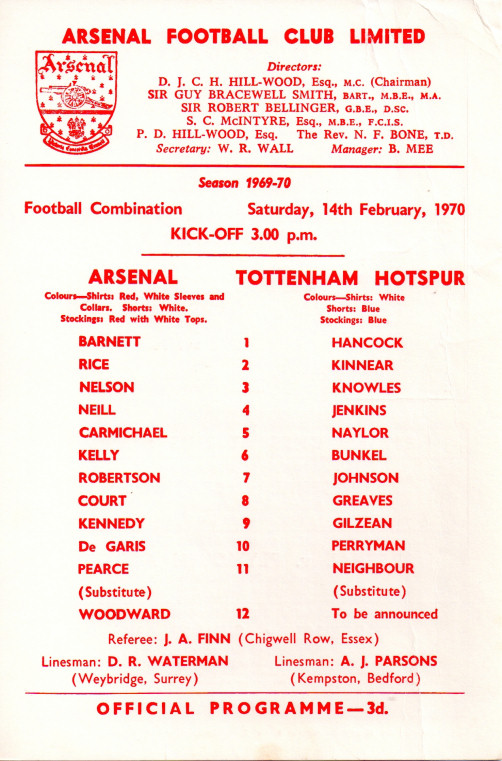 Arsenal won 2-0 with goals from Ray Kennedy and a David Court penalty in front of a crowd of 13,069. 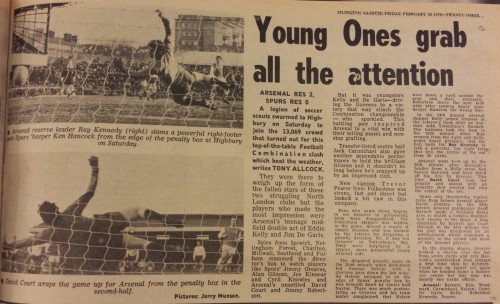 Tottenham finally beat Arsenal’s reserves at the third attempt in May 1993. The teams met four days before the FA Cup final and Arsenal fielded a starting 11 of which none started the previous League game nor the Cup final. Tottenham ran out 3-1 winners