We’re sure that most of you are aware that David O’Leary has played most first team games for Arsenal and that Thierry Henry is the club’s record goalscorer. But what about before them? Which players previously held those records?

For the appearances record we have started with the first player to play 100 times for the club – Gavin Crawford. Gavin hit that milestone on 19 December 1896, and went on to play a further 38 games. The table below shows how the record has been broken and the total appearances that player made. The exception is John Dick who actually played 284 games but was overtaken by Jimmy Ashcroft who was a virtual ever-present during his time at Woolwich Arsenal whilst Dick played only sporadically after breaking the record.

We’re not a big fan of including Charity Shield figures in first team statistics but it appears to have become the norm over recent years, so we have bowed to public pressure. Figures shown after the + sign are those made as a substitute. 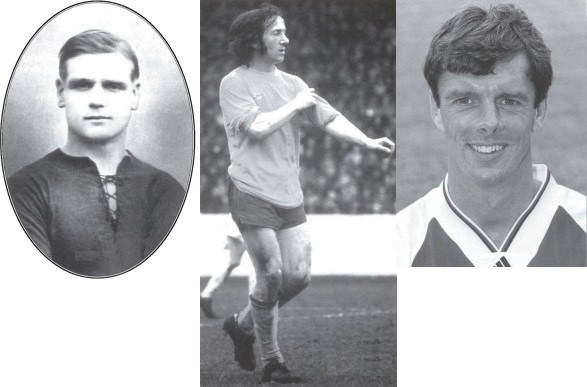 For the goalscorers we started with the first player to reach 25 goals. This was James Henderson who scored his quarter century on 22 September 1894, helped along with a healthy number of goals in the FA Cup qualifying competition against the likes of City Ramblers, Ashford and 2nd Scots Guards. Henry Boyd is Arsenal’s most prolific goalscorer of those who have scored more than 30 goals.

Thierry Henry looks likely to hold on to his record for quite a while. Theo Walcott is the current player with the most goals having amassed just 69 goals in nine years.

Finally, we have how the record for most goals scored in a season has progressed. Prior to 1893-94 Arsenal only played in the FA Cup, hence the low figures.

Since Ted Drake’s record was set, the most goals scored by an Arsenal player in one season is 39 by Thierry Henry in 2003-04.

6 thoughts on “Arsenal’s Appearance and Goalscoring Records: A Chronology”