This is an objective historical review of all Arsenal managers who have won a trophy, based very loosely around the theory of a cricket average.  In this fashion the trophy average is worked out by dividing the number of trophies won by the number of trophies entered. The percentage is obtained simply by dividing the trophies each manager actually won against what they could have won in their period managing at the club. The higher the percentage the better the performance. A simple but effective guide.

What is often forgotten is that until the 1960s every Arsenal manager could only win two trophies per season: the FA Cup or the League. Since then the figure has been either three or four per season as European competition was first added and the entry into the League Cup came slightly later. So, for Herbert Chapman, or anyone up to 1963, to have had the same chances as Arsene Wenger he would have had to manage for 36 years, as he could only win two trophies per season.

First thing to say is that Wenger’s reign is a dichotomy and an inverse dichotomy in that, usually, if a manager was to go eight seasons without winning something it would be at the start of his career with a club. Wenger won seven trophies in his first nine years and then one in his last nine which is where the inverse dichotomy comes in. Alex Ferguson won nothing in his first four years, then persistently picked up trophies for his remaining time in charge at Man Utd, leaving with the Premiership won again. Another feature to bear in mind is that, in the Wenger period, a period when Liverpool have not won the League, they have still managed to obtain seven trophies, including a Champions League.

No other manager in the history of Arsenal has won eight trophies, though no manager has gone as long as him without winning a trophy. The previous longest was George Morrell between 1908-1915, though he had to contend with the club going into liquidation and the upheaval of the move to Highbury. It is rather unfortunate that he was also the only chap in charge when we were relegated in 1913 as he actually did a reasonable job in very trying circumstances.

People point to the fact that in 2006 Arsenal moved ground again, but the circumstances were very different, the simple factor that Arsenal in 1913 were a low placed top flight or high placed second level team. Since 1919, with a few exceptions, Arsenal have always been a well-placed top flight team, and since Chapman have been perceived to be a big club. Chapman and George Allison too had to contend with the upheaval of the West and East Stands being built in the 193os at Highbury, yet still kept winning, despite the financial burdens.

Before Arsenal won their first trophy, Chapman received crowd displeasure, and he took five years to provide the club with the FA Cup. However, the following basic table is the key to show how truly great The Arsenal were between 1930 and 1953 (wartime excepted). He invented a “Boot Room” mentality, including himself, Joe Shaw, George Allison and Tom Whittaker, before the boot room was invented as a phrase by the media in the North West of England. It’s not so much the number of trophies but the laying of a legacy and the fact that trophy winning chances, were taken. As an example of how dominant Arsenal were in the 1930s, there were only nine Charity Shields in that decade and Arsenal were in seven of them, winning five.

Chapman left Huddersfield after two of their treble championships had been won, and after their third win they have never won anything else. He put in place a system which meant while he was at Arsenal, Huddersfield were still very much contenders. Thankfully after five years at Arsenal he had honed his system and the first trophy came by beating Huddersfield in the FA cup final. Those who took over after his untimely death were able to keep the trophies coming in the 1930s and beyond ww2.

For the purposes of this exercise the 1934 League win will be attributed to Chapman, as Shaw took over as caretaker after the campaign had begun. Shaw had control over the FA Cup team but the League was already under way. While not ignoring Shaw’s caretaker role it was in essence a bridge between Chapman and Allison and for the purposes of this it was too short a tenure. If we did not add it to Chapman’s figures his ratio would be 18.75%, while Shaw’s would be 50%.

The records of the other managers who followed Chapman / Shaw are striking. Allison and Whittaker, both of whom gained immeasurably from Chapman’s legacy, are testament to his planning but also to their own skills, with Whittaker’s medical knowledge and Allison’s media handling being the main focus of their abilities. It is often forgotten that they had the 1930s team taken away from them and rebuilt a team who won the League in the second season after the War ended.

What is remarkable is that between 1929-30 when Arsenal began winning trophies and 1952-53 Arsenal won 10 trophies in 17.5 seasons (the half season being 1945-46 when the FA Cup restarted but not the Football League), which was an overall co-efficient of 21.74%. Once Whittaker died the boot room ideal went too. When we talk of a “boot room” it is probably more a re-interpretation of “The Arsenal Way” which, after Whittaker, really only came back with Bertie Mee for a few seasons and then it was George Graham who got the club back into winning ways, The Arsenal Way.

What is undeniable, looking at it this way, is just how poor Wenger’s average of trophies won per competition entered actually is. If he had left after 2005 his co-efficient would have been around 20%, almost double what it is now. The very good showing of George Graham is testament to his stated intent to bring The Arsenal traditions back. For those who lived through it, the Terry Neill co-efficient is not a shock, but I personally have never been happier at an FA Cup win than the 1979 triumph. 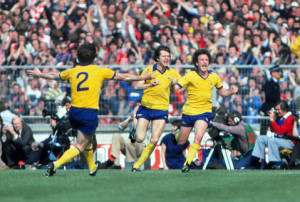 League relative to other clubs

When Chapman started at Arsenal in 1925 they were nowhere, they were an ambitious London club who had won nothing and in the next two years almost all on their board of directors had been removed by the FA and banned from being involved in football. Yet Chapman carried on in this turmoil and crafted a winning team and, more importantly, a lasting legacy.

So much so that when Whittaker won the League in 1953 Arsenal sat proudly at the top of Championships won, ahead of both Sunderland and Aston Villa. From zero to seven in 22 peacetime seasons.

By the time Wenger arrived we were down to equal second, such had been the success of Shankly’s boot room and, to a lesser extent, the brilliance of Matt Busby.

Due to the dominance of one manager in the Premier League era the table looks like this now:

FA Cup relative to other clubs

Still no appearance in the top three.

There is no conclusion as we leave you to make your own. 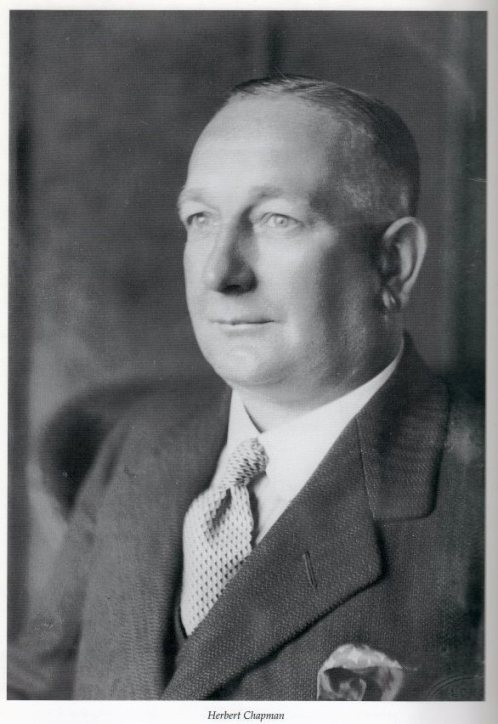 3 thoughts on “The Wenger Legacy…?”