Re-appearance at the Manor Ground of an old “friend” 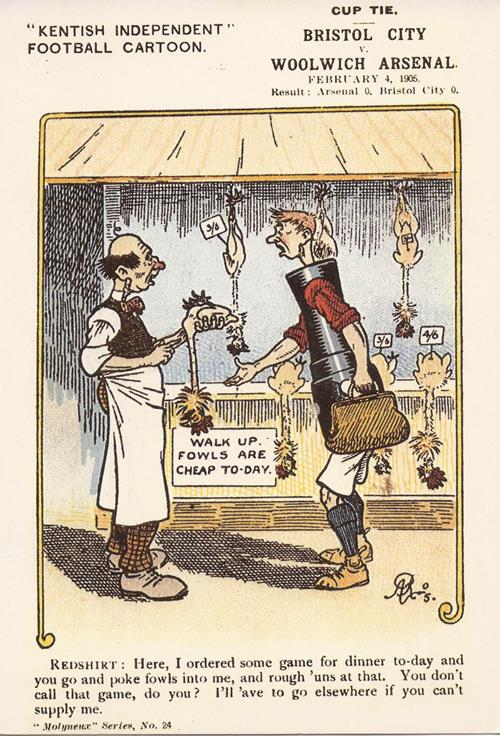 This exciting, but defence orientated, FA Cup match ended in a 0-0 draw, and the 25,000 crowd was augmented by 1,000 West Country excursionists who made themselves known within the Manor Ground.

J B Brodie was the match referee – almost 10 years to the day since he was accosted on the same ground after the Burton Wanderers game on 26 January 1895. He was punched to the floor by the crowd and as a result Woolwich Arsenal became the first team to have their ground closed due to trouble at a League match. They were banned from playing at the Manor Ground for six weeks and not allowed to play their games within a radius of six miles from Plumstead. Thankfully, this time, the crowd were well behaved when he disallowed a Tim Coleman goal near the end of the game for offside. For more information on the history of the Woolwich Arsenal crowd and behaviour please have a look at  The Crowd at Woolwich Arsenal. 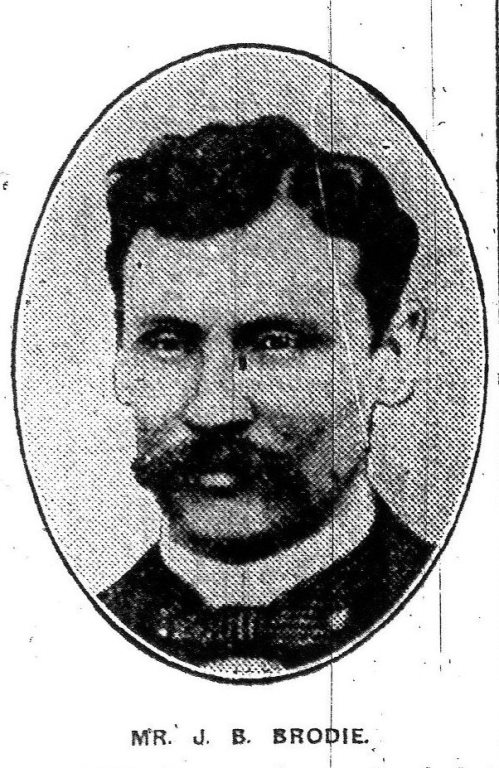 The cartoon is a rather clever play on words inferring quite a rough manner of play from the Bristolians. Redshirt is complaining with the shopkeeper, shown here as a balding middle aged butcher, who purports to be selling game birds but is really providing his customers with fowls. Redshirt tells the Bristol City retailer that: “he had ordered some game for dinner today and you go an poke fowls into me, and tough ‘uns at that “. This is given greater emphasis by the fact that Redshirt is annoyed with the shopkeeper in front of a sign saying “Walk up fowls are going cheap to-day” which would indicate exactly what it says that the game was reduced to a kicking match by City tactics.

However, while the newspaper reports agreed that City played a very hard game, some part of the gripe may be seen as sour grapes as this cartoon was published on 10th February and Arsenal were already out of the FA Cup by that time. The replay was on Wednesday 8th at Bristol, which Woolwich lost 0-1 and, due to the weekday timing, only 50 Reds’ supporters, including officials, could get to the game to follow the team.