Arsenal had been in existence for 11 years before the directors finally succumbed and appointed the club’s first manager in March 1897. That man was Thomas Mitchell, one of the biggest names in the game who had led Blackburn Rovers to FA Cup wins in 1890 and 1891 as well as being a leading light in the foundation of the Football League.

Mitchell’s tenure only lasted a year before falling out with the directorate, and his successor remained something of a mystery man until a few years ago.

In the early histories of the club he was known simply as Mr. Elcoat, before he became G. Elcoat in the early 1950s’ Arsenal handbooks. Then in 1972 he was named as George Elcoat by Geoffrey Mowbray in an issue of the Arsenal Supporters’ Club magazine, Gunflash, and that was pretty much all that was known of him until some delving by Andy Kelly and Mark Andrews unearthed more about his past and, to much surprise, his real name. 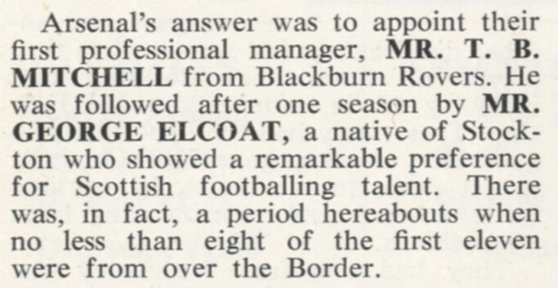 We found references to “George” as W.R. Elcoat in reports of meetings of Woolwich Arsenal FC and even club documents signed by him as he was also the secretary of the Woolwich Arsenal Football And Athletic Company, Limited. 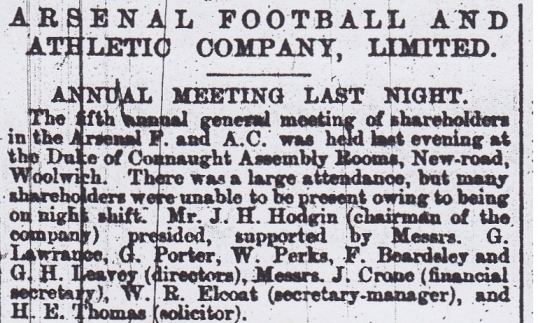 With Elcoat being an unusual name, we deduced that he was actually William Robson Elcoat, born near Stockton in 1859. He had been secretary-manager of Stockton FC who were pretty much certain to be crowned Northern League champions for the 1897‑98 season before being tempted south by Arsenal. 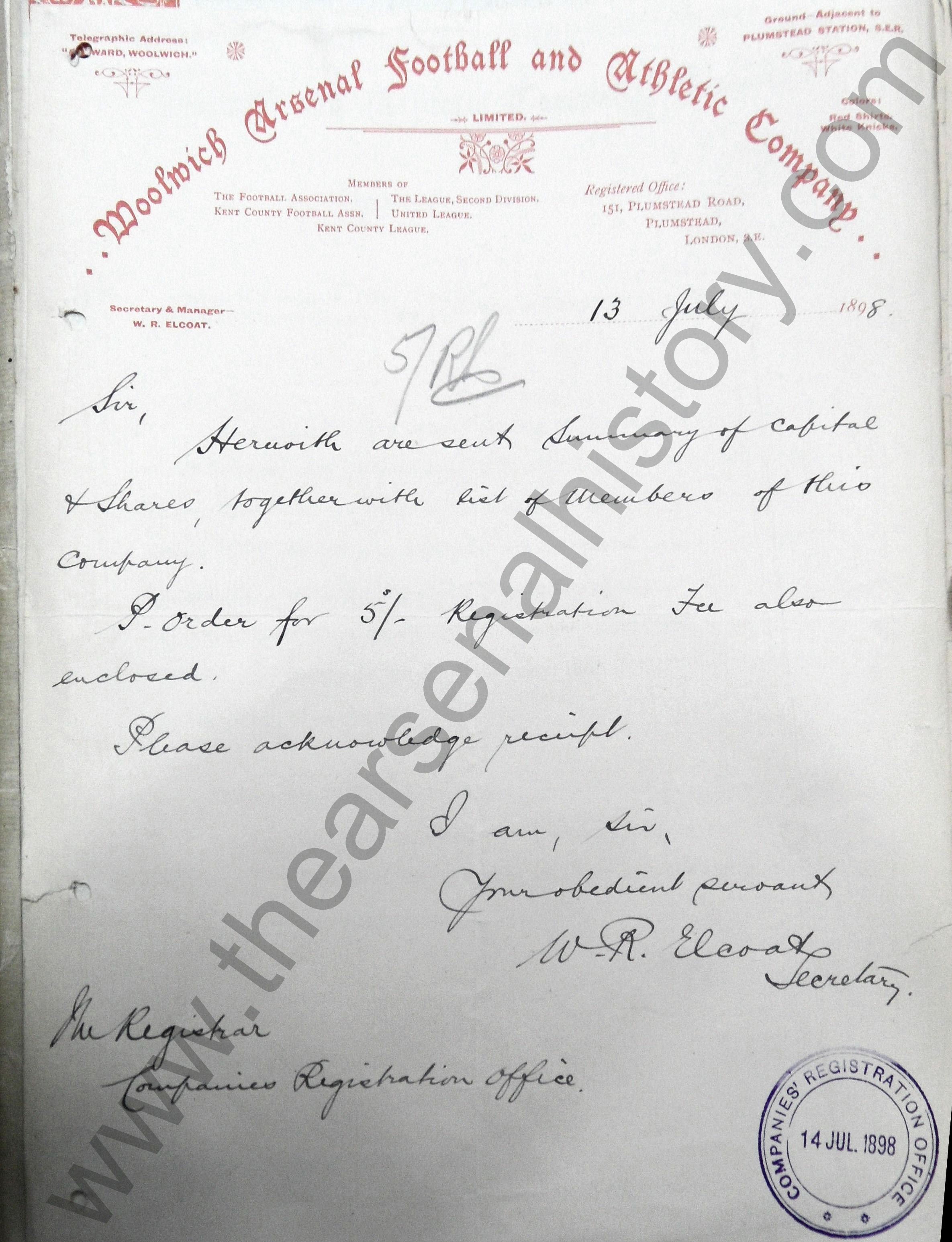 Like his predecessor he lasted about a year in Plumstead before he too fell out with his employers, and tendered his resignation on 16 February 1899. Following his departure, we know that he was considered for the vacant manager’s job at Tottenham and then we lost all trace of him except for finding out that by 1911 he had returned to Stockton to work as an accountant and that he died the following year, on 20 November, aged just 52.

Despite unearthing a considerable amount of information on him, we had yet to find a picture of William – the only Arsenal manager who has remained faceless. That is, until now.

A recent post on a website by Tim Carder offered some further information on Elcoat. Tim is chairman of the Brighton and Hove Albion Heritage Society, an organisation dedicated to preserving the history of The Seagulls. He mentioned that William had been Financial Secretary of Brighton between 1906 and 1909, and that he had a photograph of him! We wasted no time in contacting Tim and he confirmed that a 1907 postcard with the Brighton team and management on the front included Elcoat.

Tim has kindly provided us with an excellent reproduction of the photograph and, with some enhancements from Dave Lane of Legends Publishing, we are now able to reveal to Arsenal fans for the first time what William Elcoat looked like. 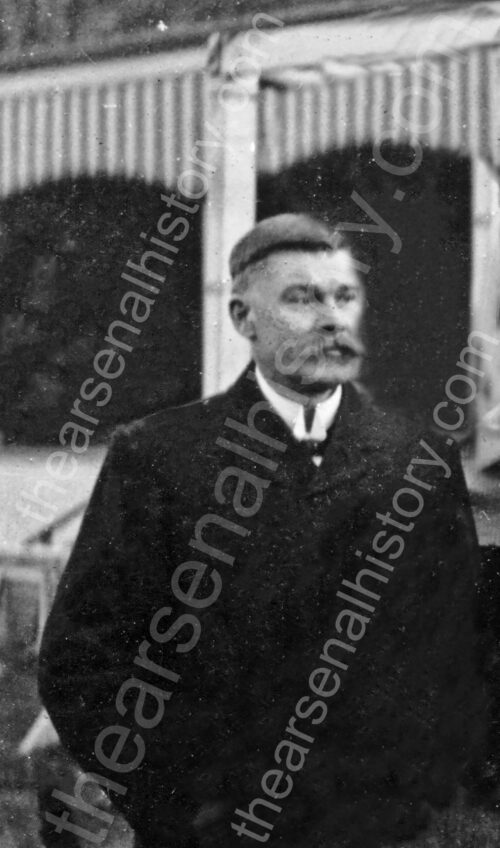 This article was first published in the official Arsenal Programme on 4 October 2020 against Sheffield United. Programme editor Andy Exley has kindly given us permission to reproduce it on our blog. 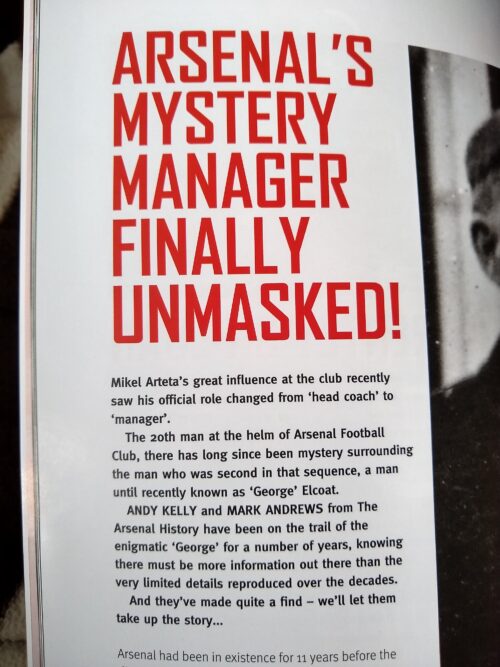