The latest instalment in Leonard Evans’ series of Arsenal Football Programme Collectors Handbooks covers home and away reserve and youth team matches between 1980 and 2020. 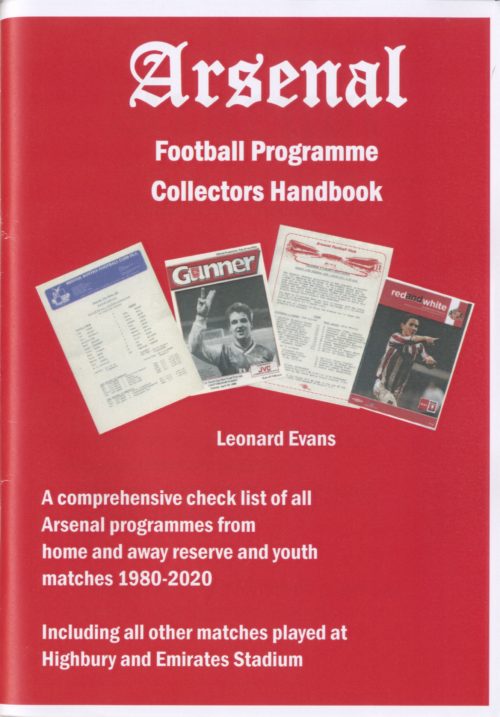 I’ve known Leonard for over 30 years and he has proven to be incredibly helpful in my quest to record as much information on Arsenal Football Club as I possibly can. He’s given me access to his vast collection of Arsenal programmes so that I can fill in gaps in my records for reserve team and youth team line-ups.

Leonard is considered to be the authority when it comes to Arsenal programmes.

He published his first handbook for collectors of Arsenal programmes back in 1983, when I had just started to collect Arsenal programmes myself. That book was a checklist of all games played at Highbury since the end of the Second World War, be it first team, reserves, A team, youth team or games played by other teams who were using Highbury as a neutral venue. It was an absolute goldmine.

These are all much sought after and fetch a good price whenever they come up on ebay.

All of these are packed with information about games that you would never have believed had taken place at Highbury (NUR Railway Cup finals, Hotel and Restaurant Cup finals, Daily Telegraph Cup, etc) and have hundreds of pictures of programmes from the periods covered by each book.

Leonard’s latest book delves into Arsenal’s reserve and youth teams between 1980 and 2020, including home and away programmes. As with his previous books, the majority of the content is season by season lists of games along with the scores and details of the format of each programme. If you have any interest in collecting Arsenal programmes then this is an essential reference source as you will struggle to find the details of these games yourself. I know this as Leonard and I regularly swap information and he will always come up with loads of games that I had no knowledge of. 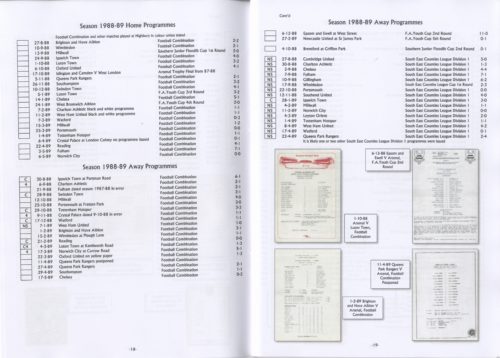 The editorial isn’t as comprehensive as his other books, but that is more due to lack of space as the total page count is 116 pages. Like his previous books, this one is also A4 in size and Leonard prints them himself to order.

Copies are available direct from Leonard’s website priced at £10.50 plus postage. 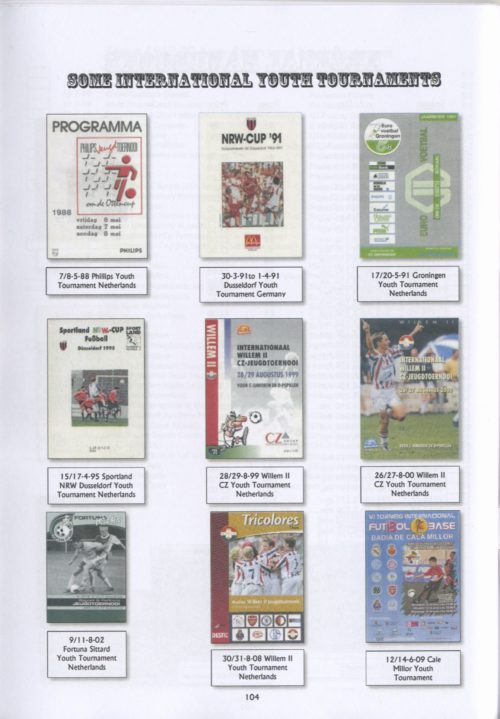 You can also view many of these programmes on our sister site – The Arsenal Collection.