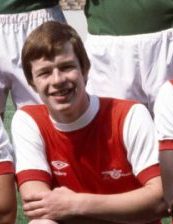 Dermot Drummy was a reserve and youth player during the Terry Neill period. Let go by Arsenal he carved out a non league career for himself before finding his niche as a successful youth coach.

Born on 16 January 1961 in Hackney, Dermot attended Brooke House school. Taken on as an associate schoolboy, Dermot was signed from school on 8 June 1977 as an apprentice, and became an Arsenal professional on his 18th birthday. He was part of the Arsenal set up in the reserve and youth teams between 1976-80, alongside players such as Pat Rice, Malcolm Macdonald, Willie Young, Paul Davis, David Price, Paul Vaessen, Brian McDermott and Steve Gatting.

For the Gunners he made these appearances:

In his final season at the club he was sent on loan at Blackpool, for whom he played 5 first team games, but was sent home to Highbury being unjustly accused of drinking out late before a game with other players, despite being a non-drinker at the time. 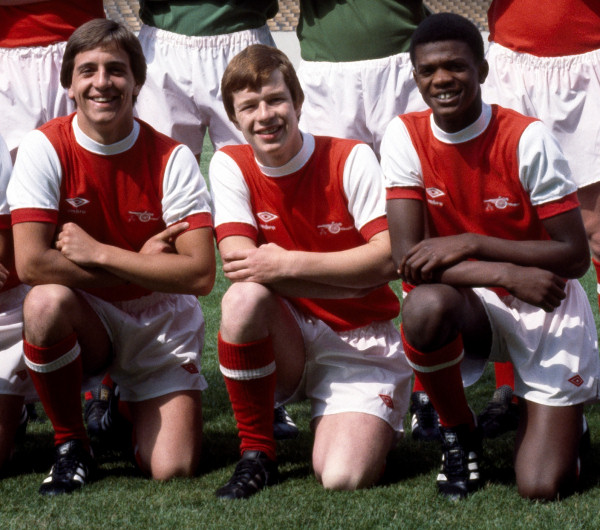 Given a free transfer from Arsenal on 31 July 1980, Dermot joined Hendon making his debut a week after leaving Highbury. He stayed in non-league football for over a decade and a half while also working for British Telecom and as a London cabbie, picking up his badge whilst at Hendon and Enfield.

Dermot had two stints at Hendon in 1980-84, and 1986-90. The highlight being scoring as they won the Middlesex Senior Charity Cup in 1988 at Wembley Stadium. In between, he spent a few seasons at Enfield from 1984-86, in which he appeared against Millwall at the Den in the second round of the FA Cup in December 1984.

A short spell at St Albans in October and November 1990 was followed by a number of years at Wealdstone where he was the supporters player of the year in 1993-94. A brief stay at Standon and Puckeridge, was followed by a period as player manager at Ware, but after paying a player out of his own earnings, he realised it was probably time to move on from the non-league scene.

Liam Brady contacted him offering a role at Arsenal as a youth coach of the U12 team in 1997, and he moved up the youth coaching staff where he assisted in the development of charges such as Jack Wilshere and Kieran Gibbs.

In 2009 Dermot went to Chelsea as their academy manager and then reserve team manager. With Chelsea he managed them to their first FA Youth Cup victory in nearly half a century in 2009-10, and the U21 Premier League in 2014, forging a reputation as one of the best youth coaches in football.

Drummy believed that Chelsea should have provided more first-team opportunities for their youngsters, but with each manager lasting around two seasons there was no longevity or base philosophy to bind them into the club – hence the huge number of loanees being produced by the system.

He left Chelsea at the end of 2014 then had to wait about 18 months for a break, despite his name coming up for various manager roles in the intervening period. Brighton, Notts County, Crystal Palace and Bangu of Brazil all showed interest in him coaching, before he gained his first role in management with league two Crawley at the end of April 2016. He left near the beginning of May 2017 season despite keeping the Sussex team, who were pre-season favourites to go down, in the Football League.