Arsenal Manager Hasn’t Won as Many FA Cups as Believed

Been living off another man’s achievements for over 120 years!

I’m not sure what set me off on this one, I guess there was something that didn’t seem to add up. But here we are with another historical “fact” that has been corrected.

Arsenal’s 2017 FA Cup win was their seventh under Arsene Wenger which made him the most successful manager in FA Cup history. This is shown in tables plastered all over the internet and traditional media. I assume that most of these have sourced their information from that ultra-reliable source, Wikipedia.

Some of you may be thinking that even The Arsenal History is going to struggle to prove that Arsene Wenger hasn’t won the FA Cup seven times, and you’d be right. It’s actually Arsenal’s first manager, Thomas Mitchell, that we’ve discovered has been credited with another man’s success.

Until now, it has been assumed that Thomas Mitchell was appointed as Blackburn Rovers secretary-manager in 1884 and resigned in 1896.

This probably comes from reports such as this from the Yorkshire Gazette on 10 October 1896.

However, we’ve now found out that this isn’t the case. This preview of the 1887-88 season from Athletic News 16 August 1887 states that Mitchell was Blackburn Rovers new secretary.

And this is also confirmed by Cricket and Football Field two months earlier.

As to when he was actually appointed we can’t say for sure. The report of the Blackburn Rovers AGM on 9 June 1887 states that Mitchell had been paid £14 in wages. The accounts for football clubs were usually made up to the end of the season, which would have been the end of April. Assuming that they paid him £2 per week, it looks like he joined Blackburn sometime in March 1887. But we’ll leave that for the Blackburn Rovers historians to delve into as it’s not really relevant to our story.

Other newspaper reports show Blackburn’s secretary as James Fielding during 1884-1887, which means that he has three FA Cup wins whilst Thomas Mitchell now has two FA Cup wins. It also means a shed load of Wikipedia pages need to be updated. Anyone fancy it?

Sorry to rain on your parade, Thomas. 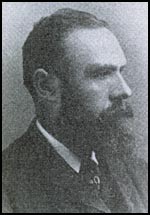