A look at the history of the Gunners through the treasures found in the Arsenal Museum: Pennants 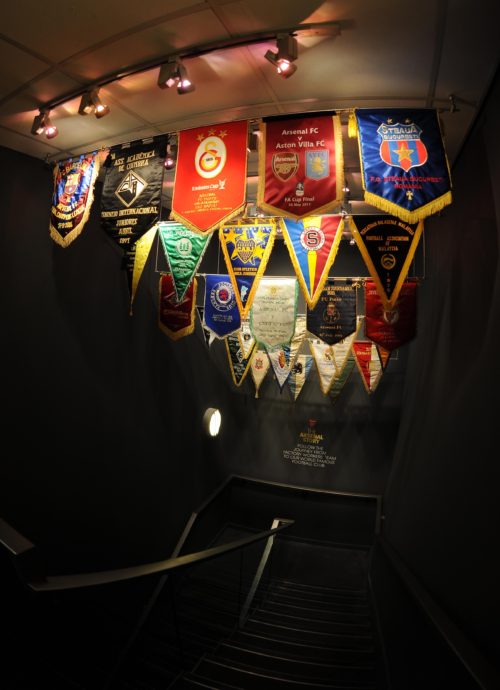 As you enter the Arsenal Museum and walk down the steps, the first items that meet the eye are the pennants above your head. There are many of them displayed, showing a vast array of colours, but these are a small proportion of the pennants in comparison to the plethora of teams, both international and English, that Arsenal have played in the period the giving of pennants has been prevalent. Sometime shortly before kick-off the captains from each side will meet at midfield, shake hands, and exchange the standards with each other.

In past times, during conflict, surrendering your flag to your opponent meant your surrender of the whole combat. Nowadays, the exchange of the flags of the teams before the contest symbolises a heraldic sign of friendship. It is a condensed piece of a club’s colours and history, and is traded between teams as a sign of respect and fair play. This modern day tradition, typically enacted for big games such as an international game, cup final or special commemorative match, began in earnest after World War Two.

One of the pennants that immediately meets the gaze at the front of the display is the glossy and truly striking blue and red Barcelona silk standard from the Champions League final of 2006, which was presented by Carles Puyol to Thierry Henry. Proudly on their banner sits the Barcelona crest, based upon their civic identity, showing two quarters with the St George Cross, and red and yellow bars of Catalonia at the top. The initials FCB appear in the central strip, and below are the club colours with a ball; together forming a classic representation of what a pennant should be. 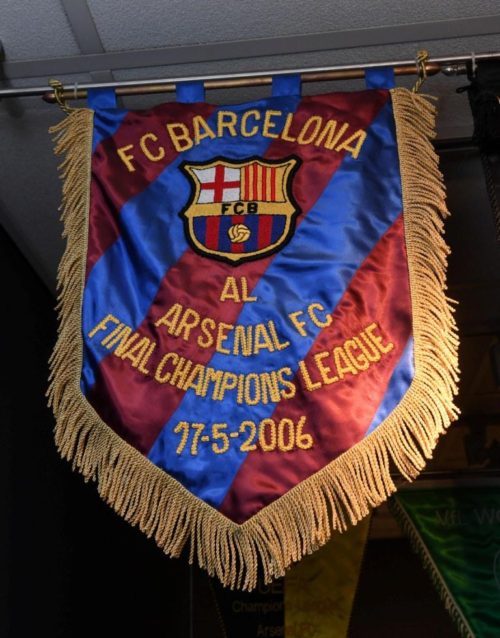 Blink and you might miss the oldest pennant in the display: an undated faded pale blue silk background it simply says Racing Club de Paris, above the arms of the city of Paris which is made up of the fleur‑de‑lis and a galley boat. The annual series of friendly matches was a major feature of both teams’ fixture list between 1930 and 1961. The games were scheduled as close to Armistice Day as possible and was originally arranged for the benefit of servicemen injured during the Great War. 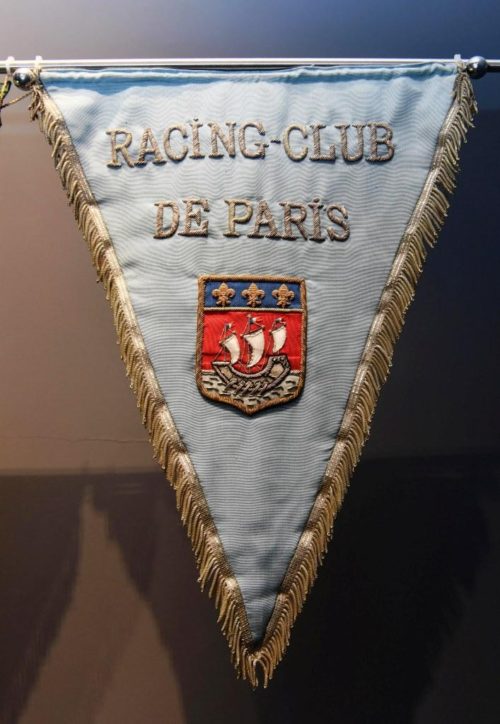 As well as a reminder to a long lost friendship there are pennants that depict great victories such as the claret of Aston Villa that Fabian Delph exchanged with Per Mertesacker prior to the 2015 FA Cup final. Their use of the lion as a symbol to denote bravery, valour and strength is one that has been used by the midlands club throughout their history, though in this case they were shot down by the Gunners in what was a very one sided contest. 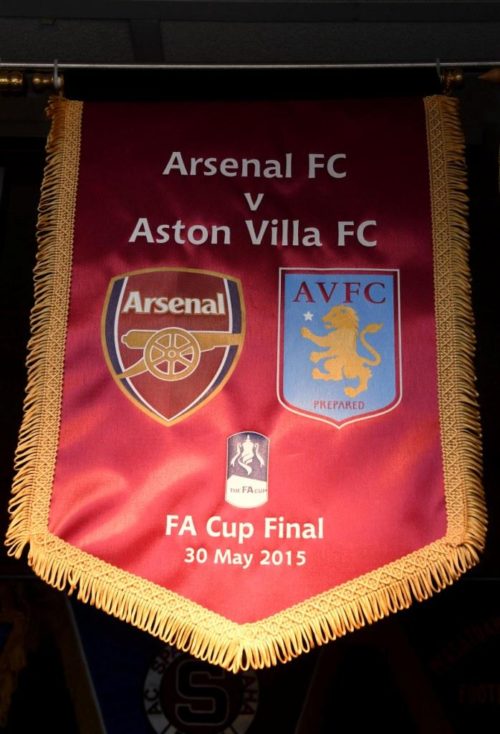 But it isn’t always major games that are commemorated in such a manner. In April 1971 Arsenal’s youth team spent a week in Portugal playing in a tournament. The hosts – Associação Académica de Coimbra – presented Terry Burton with an imposing black and white pennant which hangs proud among those of more memorable games.