Ever since Aston Villa broke the three-figure barrier for Willie Groves in 1893, the game has been obsessed with the value of footballers. Arsenal took a long time to join the big boys mainly due to financial difficulties caused by the Boer War at the end of the 1890s, the scaling down of the Royal Arsenal in the first decade of the 20th Century both of which resulted in reductions of attendances, and the costs incurred in the building of Highbury.

Early transfer fees are hard to come by so I’m going to start our look at Arsenal’s record transfer fees with the four figure barrier. The first time Arsenal paid £1,000 for a player was in February 1913 for Archie Devine of Bradford City. Devine was one of three players purchased in early 1913 in the vain hope of avoiding relegation, which ultimately failed. Later that year Donald Slade was signed from Lincoln for the same amount of money.

Following the First World War, Leslie Knighton was appointed manager and, according to his autobiography, he was not allowed to pay more than £1,200 for any player under the strict instruction of Henry Norris. It’s not hard to see why as the club was heavily in debt. It didn’t take long for Knighton to spend the maximum he was allowed when Fred Pagnam was bought from Liverpool in October 1919.

It would be another four years before the record was surpassed. During this time Norris regularly tried to bring in a cap on transfer fees but his peers were having none of it. However, the club’s debts had been significantly reduced and the money soon started to flow. Kilmarnock were paid £1,775 for James Ramsay in February 1924, whilst two weeks later the record was smashed when Brighton were paid £3,000 for Andrew Neil. This figure was equalled later that year for Sid Hoar of Luton.

Knighton’s final big money signing was Donald Cock in March 1925 who cost £4,000. With Arsenal finishing one place above the relegation zone, Knighton was sacked during the summer of 1925. Norris famously advertised for a new manager “…whose sole ability to build up a good side depends on the payment of heavy and exhorbitant transfer fees need not apply.” The new man, Herbert Chapman, obviously didn’t read the small print. Less than a month after taking up the reins, Chapman and Norris brokered a unique deal for the services of Sunderland’s Charlie Buchan. The clubs agreed that Arsenal would pay £2,000 up front and £100 for every goal Buchan scored during his first season. He managed 20, taking the fee up to £4,000 which, coincidentally, was Sunderland’s original asking price. During that season, Chapman also paid £4,000 for Hibs’ goalkeeper Bill Harper.

It wasn’t until 1928 that Chapman broke the fee paid for these three players. Welsh international midfielder Charlie Jones cost £4,800 when he was signed from Nottingham Forest; he would eventually go on to captain the club. However, later that season, it was not only the club record that was smashed but also the world record. Football’s first five-figure fee of £10,647 (and 10 shillings!) was paid for David Jack. The fee was made up of £10,500 for Jack’s transfer plus £147 10s which was half his accrued benefit owed by Bolton. If he were still in charge of the club, Henry Norris would have had kittens!

So huge was this fee that it stood as the British record for 10 years when it was, once again, broken by Arsenal. £14,000 was paid for Wolves’ Bryn Jones which proved to be something of a millstone around his neck, unlike Jack who had no qualms about his record fee.

The intervention of the war and debts incurred due to the upgrading of Highbury meant that it would be 15 years before the record was broken again. Chelsea parted with Bill Dickson for a cheque for £15,000. Two years later in 1955 Arsenal paid £30,000 for Vic Groves and Stan Charlton of Orient. Although there was no official record of how much each player was valued at, Orient had turned down an offer of £23,000 for Groves from Wolves the week before he signed for Arsenal. 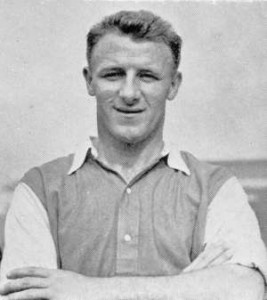 The record for a single player was broken again in 1958 when Tommy Docherty was signed from Preston for £20,000. Six months later this, along with the ambiguity of Groves’ fee were dwarfed with the signing of Mel Charles for £42,750, although the deal included reserves Peter Davies and David Dodson (eventually) joining Swansea as part of the deal.

Into the 1960s Arsenal started to pay much bigger transfer fees after the signing of contract rebel George Eastham for £47,500 in November 1960. However, these were nowhere near the British transfer record. Billy Wright was allowed to loosen the purse strings when he made Joe Baker his first signing in July 1962 for £70,000 whilst Leicester were paid £80,000 for Frank McLintock two years later.

Teenager Peter Marinello became Arsenal’s first £100,000 player in 1970 but, like Bryn Jones, he appeared to struggle with the pressure of the fee and never lived up to his early promise. The next record was also a British record fee which announced Arsenal were now ready to compete with the other top teams when World Cup winner Alan Ball signed from Everton for £220,000.

Terry Neill took over as manager in 1976 and his first signing was also a British record for a straight cash transaction. Denis Hill-Wood famously told Malcolm Macdonald that he would pay Newcastle exactly a third of a million pounds for his services, which he did. The late 1970s saw the transfer market go crazy with a number of million pound transfers, some of which were for decidedly average players. Arsenal refused to be drawn into this madness, paying a top fee of £450,000 for Brian Talbot.

However, into the 1980s the club was involved in its most infamous transfer when it joined the million pound club. Goalscoring prodigy Clive Allen was signed from QPR for £1.25 million before being swapped for Kenny Sansom two months later having only played a few pre-season friendlies.

With football in the doldrums, it would be 10 years before this record was broken. George Graham paid a world record transfer fee for a goalkeeper when he signed David Seaman from QPR, which turned out to be something of a bargain. A year later and the £2million barrier was broken when Ian Wright joined from Crystal Palace – more money well spent. Graham never came close to breaking this record in his remaining time at Arsenal despite being linked with many players who were transferred for higher fees.

One such player was Dennis Bergkamp. He joined Arsenal four months after Graham’s departure for another British record fee of £7.5 million which smashed the club record. This only stood as the British record for a few days as Liverpool paid £8.5 million for Stan Collymore. More money than sense, those scousers! This was the last time that Arsenal paid a British record fee. 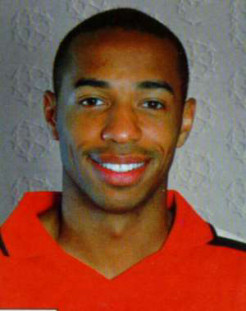 Next up was the man who many believe was as good as, if not better, than Bergkamp: Thierry Henry. Arsenal paid Juventus £11 million for him which, again, turned out to be a great piece of business. The following year, Henry’s international team mate, Sylvain Wiltord, was signed from Bordeaux for £13 million. The next decade saw players leaving for huge sums and not so many being signed for big fees. Jose Reyes was bought from Seville in January 2004 for a fee that could have amounted to £16 million if he had scored 50 goals for Arsenal, won 50 caps for Spain and Arsenal had won the Champions League. None of these happened so his final fee was just £10 million.

It wasn’t until January 2009 that the signing of Andrey Arshavin broke the club’s record again, and even then it was “only” £15 million. This was dwarfed by the £32 million paid by Manchester City for Robinho four months earlier. Bringing us up to the current most expensive player we have Mesut Ozil who was signed on transfer deadline day in 2013 for a whopping £38.2 million. With the amount of TV money now floating around football, it’s not unlikely that this record won’t be surpassed in the near future.