Arsenal’s Most Capped Player – How The Record Has Progressed

Having previously written blogs on the progression of Arsenal’s record appearance makers and goalscorers, we thought we’d write one about the players who, in turn, have been the club’s most capped player. Just to be clear, this record only includes full international caps that a player has won whilst registered as an Arsenal player so Pat Jennings isn’t included as most of his 125 Northern Ireland caps were won whilst he wasn’t on Arsenal’s books. 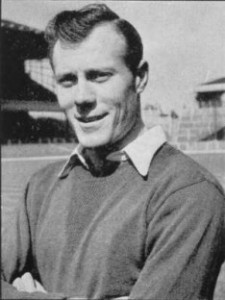 The first Arsenal player to win a full cap was Caesar Jenkyns on 21 March 1896, playing for Wales against Scotland. It wouldn’t be until exactly seven years later that another Arsenal player would represent his country – Tommy Shanks playing for Ireland. 21 March must have been a special day set aside for international matches as Shanks won his second cap exactly 12 months later.

Shanks’ record stood for just under two years before Tom Fitchie won his third Scottish cap. In that game he also became Arsenal’s first international goalscorer. Three caps would be the most that any Arsenal player would win for some time. Our first England international, Jimmy Ashcroft, Jimmy Sharp (Scotland) and Andy Ducat (England) would match this number over the next four years but none could surpass it.

It wasn’t until 1924 that Irish winger Joe Toner won a fourth cap, eventually winning six during his time at Arsenal. The slow progression wasn’t helped by the small number of international matches played, mainly due to overseas travel still being a long and arduous affair, whilst the British countries would not enter the World Cup until after World War 2.

Caps seven and eight were won by Bob John (Wales) and Joe Hulme (England) in 1928. Hulme would, unbelievably, win just one more cap. This gave John the opportunity to take the record back from him, albeit not until November 1931. Although this was still at the start of Arsenal’s legendary 1930s era it’s worth stating how few caps some of the stars won whilst at the club: Alex James (4), David Jack (5), Charlie Jones (4), Frank Moss (4), Ted Drake (5), Herbie Roberts (1) and Jack Lambert (0).

After years of the record slowly creeping up, John eventually took his total to 15. This was broken after 4½ years by Eddie Hapgood who made the England left-back position pretty much his own throughout the 1930s. He racked up 30 caps before the outbreak of World War 2, captaining his country in 21 of those games. Eddie also played 13 times for England during the war but these are not included within official records.

The war effectively reset the players’ caps to zero as Bryn Jones was the only pre-war Arsenal player to represent his country after the war. Hapgood’s record stood for 21 years, the longest by any Arsenal player, before Jack Kelsey overhauled it in 1960. Eleven of his caps were won in World Cup qualifying and finals games which would now start to make it easier for the record to be broken. Jack together with Dave Bowen were the first Arsenal players to appear in World Cup Finals during 1958. Though Kelsey had to retire due to injury in 1962, with the record now at 41.

18 year old Terry Neill made his debut for Northern Ireland in April 1961 having played just 14 league games. Nine years to the day after making his international debut he won his 44th cap, 25 as captain. Neill was succeeded by his fellow countryman, Pat Rice, who started his international career with even less first team experience. Pat won his first cap with just six league games under his belt. It is also worth noting that Sammy Nelson won his first cap for Northern Ireland after just four league games! Rice added five more to Neill’s total before bowing out of the international stage in October 1979.

After years of relatively small improvements to the record, the next hold took it to another level. Kenny Sansom benefitted from being a fantastic and incredibly consistent left back for club and country. With nine caps already, he joined Arsenal during the summer of 1980. A little over five years later he passed Rice’s record and continued to play for England until the disastrous European Championship during the summer of 1988. By then he had raised the bar to a whopping 77 caps.

Kenny’s record stood for two decades, despite some admirable attempts to surpass it by the likes of David Seaman, David O’Leary and Tony Adams. It would be two of Arsenal’s legendary foreign imports that would break the record.

Patrick Vieira was an uncapped 20 year old when he became Arsene Wenger’s first signing in August 1996. By February of that first season he had won his first cap for France, and the following year won the World Cup. Vieira spent nine seasons at Highbury and became first choice in midfield for a great French team. In his final season for Arsenal he not only captained his club, but also his country. Eventually he won 79 caps at the Gunners, and went on to win 107 caps in total for France.

And so, we come to the current holder. Vieira held the record for just 18 months before his team mate for club and country, Thierry Henry, wrested the crown from him. Titi added two more to the total before leaving for Barcelona. He also holds the record for most international goals scored by an Arsenal player, hitting the back of the net 36 times.

The table below shows how the record has progressed.

So, Thierry Henry is currently Arsenal’s most capped player. But who else is in the top 10 of all-time capped players for the club? The two previous holders are immediately behind him but many other players have overtaken Pat Rice’s previous record. David Seaman and David O’Leary seem obvious, but Robin van Persie above Tony Adams in the list? Even more incredible are Emmanuel Eboue and Joel Campbell. With Campbell being a first choice for Costa Rica, he may even make it into the top five by the end of the season.

And the big question is – will this record be broken? Unlike the records in the last two articles I think this one is possible. If he is offered another contract it is highly likely that Joel Campbell could take the record from Thierry by 2019. Imagine that! 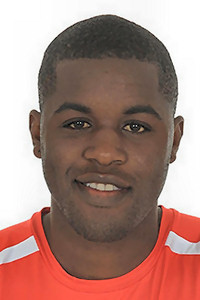 The next three current players with most caps are:

Giroud could possibly break into the top ten, Walcott could maybe get into the top five. Personally, I think that if Campbell is released at the end of this season then Aaron Ramsey is the strongest contender to take Thierry Henry’s crown. Then again, if he continues to improve and stays at Arsenal, Alex Iwobi may be man – at 20 years old he already has eight caps for Nigeria.

For the second successive season we’ve been contributing to Gunflash, the official magazine of the Arsenal Football Supporters Club. Gunflash is believed to be the longest running football fanzine, having first been published in 1949.

This article was published in issue 568 of Gunflash.