Between 2001 and 2006 Wembley Stadium was rebuilt. During that period, Cardiff’s Millennium Stadium was used by the English Football Association for the FA Cup final, FA Cup semi-finals (for one season) and the FA Charity / Community Shield. A total of 14 games were played and Arsenal, as well as being Kings of Wembley, came out as Kings of Cardiff.

Thanks to @JamesGooner88 for the inspiration for this article.

Six FA Cup finals were played at the Millennium Stadium.

The overall record for each team is shown in the table below. If Liverpool hadn’t been allowed to play rush goalie in 2001, Arsenal might have had a 100% record.

In 2005, for only the second (and quickly followed by the third) time ever, an FA Cup semi-final was played outside of England. The only other time was in 1885 when Nottingham Forest travelled to Edinburgh to play Queen’s Park. In goal for Forest that day was Fred Beardsley who would become one of Arsenal’s co-founders the following year.

A pretty simple table showing each team’s record, with no surprises in the results.

Wembley wasn’t quite ready for the 2006-07 League Cup final so there was one more of those played at Cardiff. There was also much more variety in the teams that played in these games.

And here is the table: 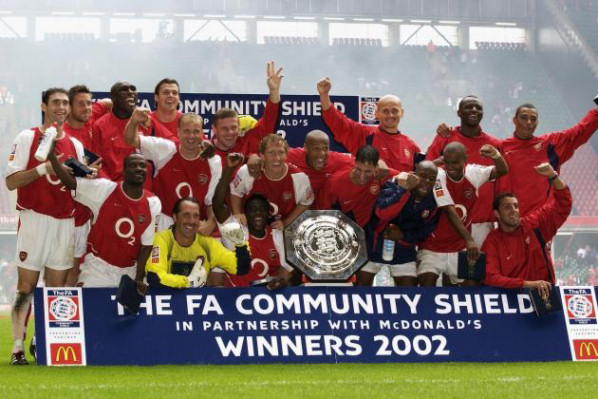 Gilberto scored on his debut 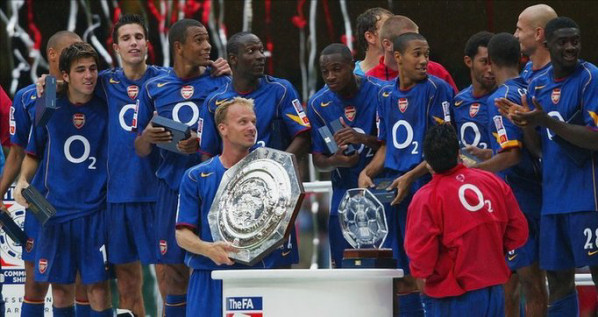 Arsenal beat Manchester United at Cardiff for the first time

Honours were shared by Arsenal and Liverpool, who both won two shields. However, Arsenal had a better goalscoring record.

And so, we come to the overall record of each team in Cardiff. Arsenal played in 10 of the 20 games that they could have played in and won 6, easing ahead of Liverpool on goal difference. It’s going to be a long time before Wembley needs to be rebuilt again and I doubt that many Liverpool or Manchester United fans of today will be around to see their team get closer to Arsenal. 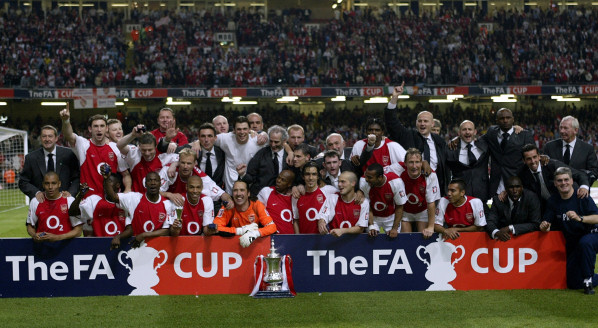 The Kings of Cardiff!