Take a look at the front cover of the latest issue of Gunflash and you’ll see the following: Volume 66 Issue 570. I guess that many readers will not notice it or might glance just to make sure they’re reading the latest issue.

But think about it for a few seconds. Volume 66 means that this great magazine (or fanzine as it has popularly been reclassified) has now been around for 66 years – an amazing length of time when you consider how more contemporary fanzines have come and gone in that time.

I first saw a copy of Gunflash in the early 1980s when my one of my brother’s workmates gave me a huge pile of programmes, handbooks and the odd Gunflash (if you’re reading this, thank you Steve Gadsden). At the time I was into facts and statistics so I struggled to understand exactly what Gunflash was all about. That all changed last year when I bought a small collection of about 20 for a ridiculously cheap price on ebay.

In the intervening years I have become interested in the social behaviour of Arsenal fans, especially since meeting Mark Andrews and reading his excellent thesis “The Crowd at Woolwich Arsenal”. The old copies of Gunflash were, all of a sudden, like crack cocaine to me – I wanted as many as I could get and as soon as possible. Within a few weeks I had more than 100 issues and was reading nothing but them. I was utterly fascinated with everything that they contained.

This article is a history of Gunflash up to the early 1990s, in which I hope to give a taste of what it was like before it had to compete with the new wave of fanzines.

The Arsenal Football Supporters’ Club came into being at the start of the 1949-50 season. There was no internet back then but the membership grew in comparison to today’s “next big thing” on social media. The fans that formed the Supporters’ Club produced a newsletter from day one, originally a few A4 pages produced on a stencil duplicator (usually referred to as a Roneo or Gestetner, the most common machine manufacturers) and stapled together. 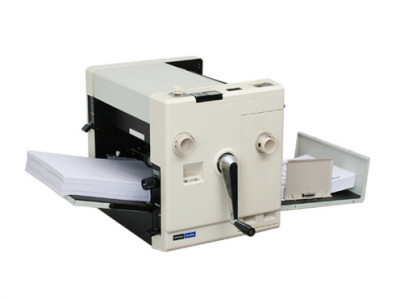 However, by issue number 4 a booklet style magazine was being produced, albeit without a name. A competition was held and on 1 January 1950 issue 5 proudly bore the name Gunflash, suggested by five members.

By now, the magazine was 16 pages and the content was fantastic, so much so that the February 1950 edition is probably worthy of an article all by itself! Despite being in its infancy, the Supporters’ Club had started arranging coach and train travel to away games, the stories of which appeared in Gunflash. Coach trips further than the Midlands usually started at 11.30pm on Friday night at Highbury Corner with Gunners fans returned to familiar territory on Sunday morning. The fans of today don’t know they’re born!

However, on Boxing Day 1949 the Club broke new ground when a party of 13 members chartered a plane and flew from Stansted Airport to the game at Old Trafford – believed to be the first time any football fans had organised such an excursion. These privileged few were back home before the coach parties had even left Manchester. The story was fully recounted in that February 1950 edition including a picture of the “lucky” 13 boarding the plane.

Click on the Gunflash covers to read the whole issues online.

What also struck me about the early editions of the Gunflash magazines was the “jolly hockey sticks” tone of the writing. If you read editions from different eras you get a feel for how it reflected the changes in society of post-war England. Although, you still get to feel that the Supporters’ Club was exactly what its name implied – they were there to support Arsenal FC, not to try to influence it.

Throughout the 1950s Gunflash grew in reputation within the football community. The editor realised that variety was required to keep the readers’ interest and he went to great trouble to ensure this. Guest writers were engaged, with articles written by the most notable sports journalists of the time. This was in an age when fans got virtually all of their news from newspapers, so these were household names: Roy Peskett was the chief football writer for the Daily Mail during the 1950s and wrote Tom Whittaker’s excellent autobiography, whilst the likes of Reg Drury and Brian Glanville were amongst a plethora of others. The most enduring is Vince Wright who still writes regularly today, more than 40 years after his first article. The content of articles was also quite diverse as the likes of refereeing and physiotherapy were covered.

Former players were asked to contribute, and they responded without hesitation. Cliff Bastin, Charles Buchan, Joe Hulme, Wilf Copping and Bill Seddon all wrote about their playing days at Arsenal; Pat Beasley, Ted Drake and Frank Hill all gave their views on moving into management.

There were regular features that reported on the sports and social activities of the members. Football, cricket, table tennis and netball were all played on a regular basis and, also as a reflection on the time, dances were arranged on a regular basis. The 1950s, it appears, was a time to get out of the house and meet people on an almost daily basis. It just wouldn’t happen today.

The biggest social gatherings were at Christmas, Valentine’s Day and the end of season. The Supporters’ Club would hire a major venue and invite the players, management and directors from Arsenal who would turn up and happily mix with the fans. These events were, as you’d expect, reported in Gunflash. Fans who started supporting the club in the last 20 years would be flabbergasted to see this, as today the players are kept at arm’s length and such functions, when organised by the club, are stage managed.

One recurring feature of Gunflash since its inception is exclusive photographs. These have included, amongst others, match action, training sessions, players with their families and the aforementioned social gatherings. Trawling through the back issues there is a wealth of rarely seen photographs. In the 1980s a deal was struck with Doug Poole, Arsenal’s official photographer, to use his photographs of match action, the only stipulation being that they were not allowed to have any of the ball in the goal which were exclusively for the match programme.

The format continued throughout the 1960s using a similar design which was considered to be successful, although other features were added. Geoffrey Mowbray, author of the seminal Arsenal history book ‘Gunners on the Target’, provided historical based articles for more than 20 years, and match reports lifted from newspapers were included from the latter part of the decade.

Somewhat disappointingly the number of pages was halved to eight in the late 1970s. However, regular input from Islington Gazette journalist Ken Burgess ensured that the fanzine was still eminently readable and informative. The content that suffered was, ironically, that of the Supporters’ Club itself.

During the early 1980s the Supporters’ Club suffered financial issues due to the building of the extension to the clubhouse in St Thomas’ Road. Gunflash also suffered and disappeared for the 1985-86 season. Things looked pretty bleak for supporters on and off the pitch.

However, the fanzine reappeared in time for the 1986-87 season. The phoenix had risen from the ashes, reverted to 16 pages and with a completely new format with more of a feel of the contemporary fanzines that were starting to appear. Again, it reflected on the times with articles and match reports written by fans along with snippets of gossip. Some of the names involved in the rebirth of Gunflash will be familiar to those who read it today – Peter Armsby, Baso, Dermot Pereira and Mick Coppock.

Although the format had changed completely, the content was just as relevant as it had always been. Even more so when you consider that Mick Coppock managed to gain exclusive interviews with the likes of George Graham, Liam Brady, Paul Davis and Steve Bould who were all very open with their responses.

So there we have it, the first 40 odd years of Gunflash in about 1300 words. It’s been impossible to do it justice but hopefully it will have fuelled your interest. My intention is to start digitising past copies and create an archive for everyone to access.

This article was first published in issue 570 of Gunflash.

One thought on “Gunflash – The First Football Fanzine”